Neal Will Need To Educate With Moors Move The Perfect Job

It was more questions and raised eye-brows than Good Luck With Your New Job cards and congratulations when Neal Ardley took over at Solihull Moors.

It quickly became clear his remit will include educating others on top of winning football matches.

“It’s funny, when I got announced as the manager I think a few people were a bit naive in the football world... Solihull who?” he said.

“They were asking silly questions - ‘are they full time’ and that sort of thing. Some people are ignorant to it sometimes. 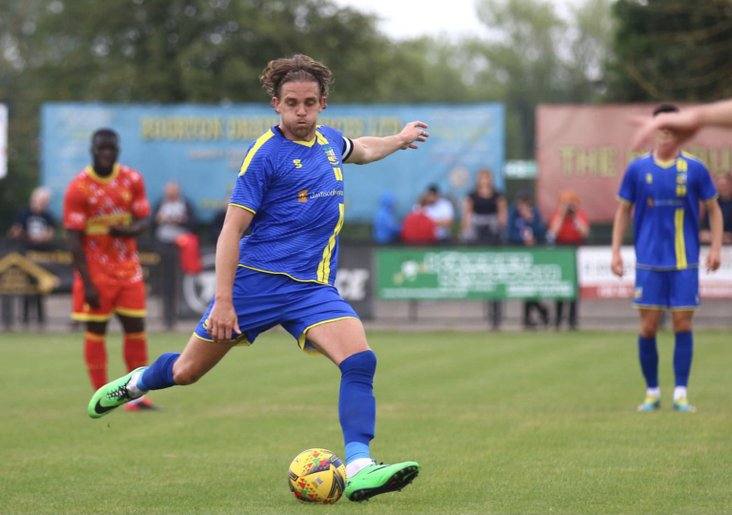 “When you meet the chairman, see the place, hear the club’s story and understand the drive that there is then you begin to understand.

“These facilities are the best I have had. Put it all together and it was very enticing for me.

“After the Notts job I was desperate for the next one to be a project - something which gave me the opportunity to show what I can do.

“I felt it was the perfect fit. It’s not a stagnated club, or one which is happy to stay in the division. They want to drive forward. 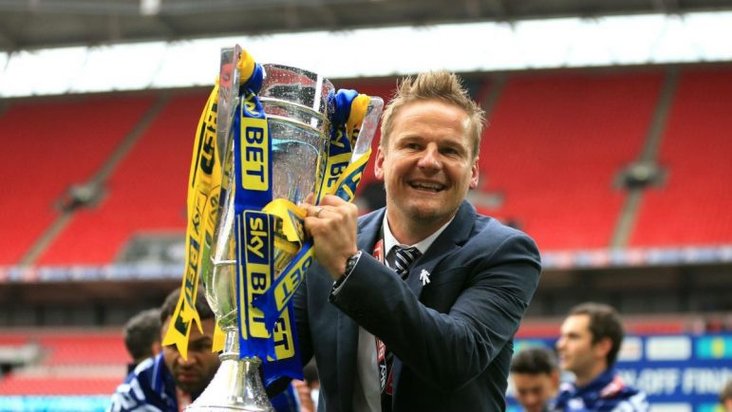 “On a personal level I want to reaffirm my beliefs in football, what can help get results and how to treat players.

“That will give me even more confidence as a coach and a manager, but within that you want to be successful.”

His last two jobs meant so much to him.

At AFC Wimbledon, one of football’s most-told stories, he not only kept them up in League Two, but took the club into League One and kept them there. 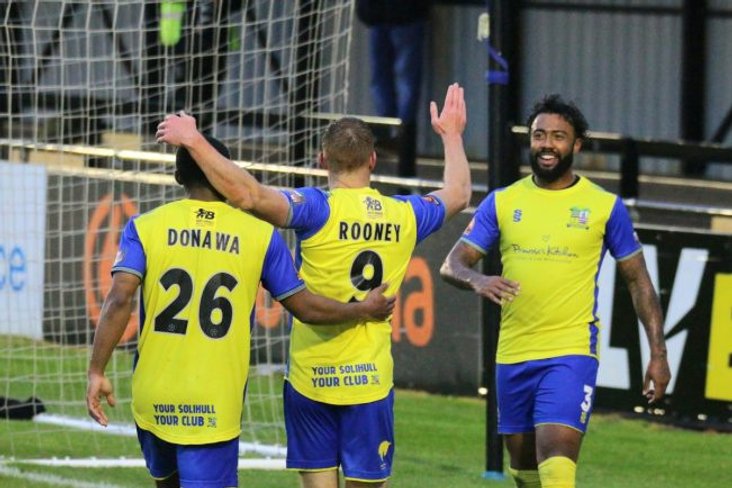 A former Dons player, it was like coming home to people who adored him.

After five years it was on to Notts County, where he so nearly got them back into the EFL despite the chaos on arrival.

“There are some similarities with Wimbledon. It was a newly-formed fans’ club, while Solihull are a young club too in its infancy,” he told the National League’s Oli Osborn ahead of another summer feature.

“It’s a bit different from my first time at other clubs. I’ve always gone in mid-season, and it felt a bit rushed. 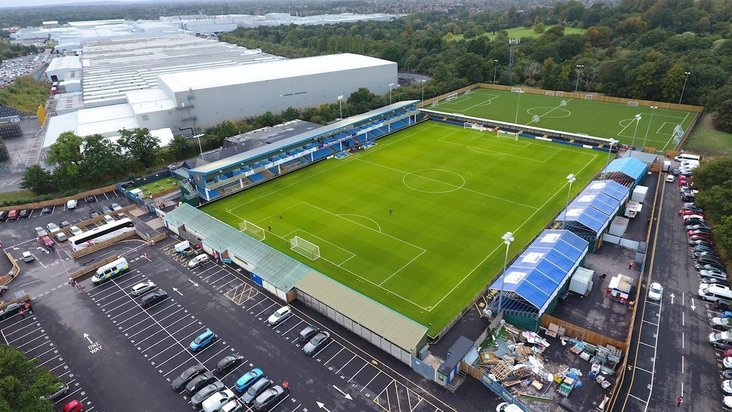 “To be able to shape the team and have six weeks before a competitive game is a real plus. It was a rarity, this first day at school!

“The chairman believes it’s the hardest league to get out of, and he feels that if we can get out of this league then you have a better chance of going again and getting out of the league above.

“That said, he is a very optimistic person! I won’t change his mind on that, but the board are under no illusions - the set-up outside the EFL makes it very difficult.

“If you don’t get top spot, it becomes a lottery as I found with Notts County at Wembley.” 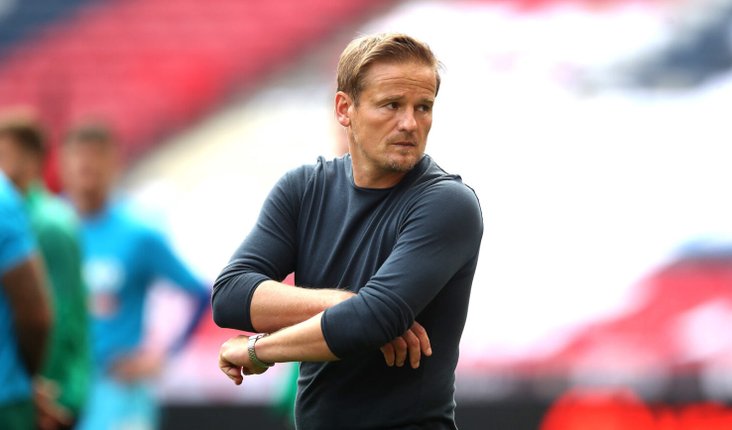 He owes Mark Yates a beer the next time he pops his head around the door.

Joint top for points achieved after March, Solihull are in a suitable state to push forward next season thanks to the groundwork put in by the temporary manager.

He adds: “There is probably more investment in the National League at the moment than in League Two.

“A lot of League Two clubs are trying to maintain their status, in this league a lot of teams are desperate to get into the EFL. 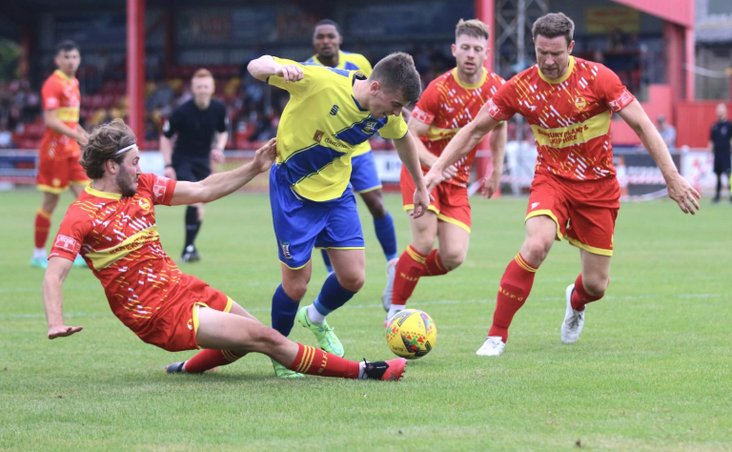 “That 18 months has taught me how tough the league is to get out of, but Sutton United last season showed you don’t always need to spend big bucks.”

His Moors men begin the new season on August 21 at Dover Athletic and Ardley knows what it may need to claim one of those top seven places once the action re-starts.

“You have to go through the cold, hard stats - you’re looking at a minimum of 1.6 points per game to get into the play-offs,” the 48-year-old added.

“You need to have good home form, be able to pick up points when not playing at your best and to be resilient. 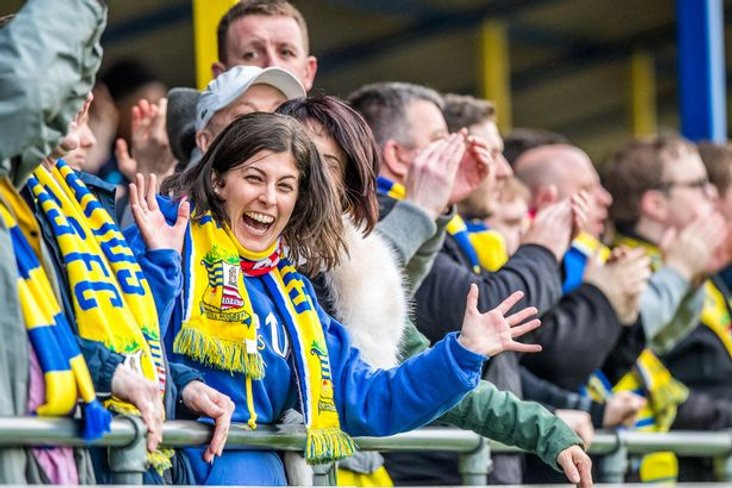 “You need all the right qualities. When the winter months come along you know if you are in with a shout. All promotions are a real, real grind.

“The chairman has told me he wants 132 points, and he’s very good at maths so I presume that is maximum points!

“We have to aim for the top. We can’t think top 10 is good enough, but the Stockports, the Wrexhams, yours Notts Countys and Chesterfields are going to be very strong.

“The only thing you can do it try to shift the mentality. We’ve got to start putting things on place that earn results when you aren’t playing well. If we can, it will reflect in the league position.”

 Perfect Pair Are Recognised For Their Dedication To Brackley Those who offer their time and their services for the love of the game have never been needed more, so we are naturally delighted to announce the Vanarama Volunteer of the Year award, writes Sam Elliott.

Big Deals Are Being Done As The Season's Start Gets Closer  Time is ticking down until the start of the new season and squads are really taking shape with just weeks to go.