Ndlovu In No Mood To Stop After Deadly December! 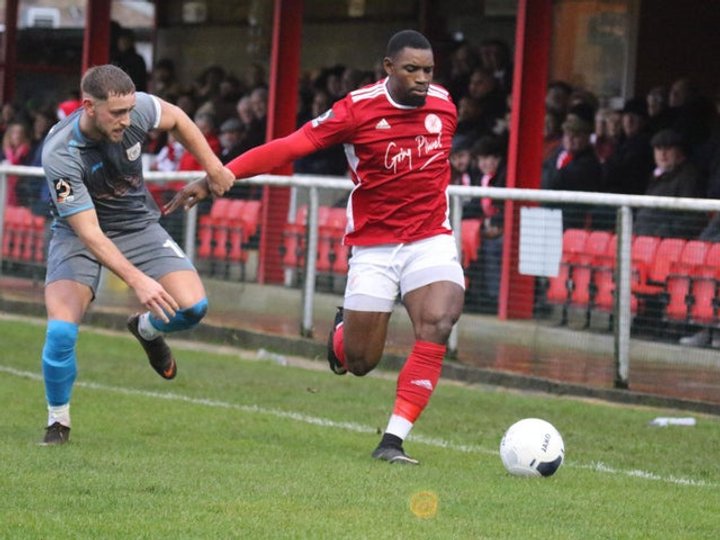 December for part-time players is never easy, with a weighty schedule and even heavier pitches.

Lee Ndlovu made it look anything but demanding after enjoying a wonderful month for promotion-chasing Brackley.

A goal in all four December matches, which followed excellent November form, means he is now a watched man.

While most of the league’s focus has been on King’s Lynn’s scoring sensation Adam Marriott, Ndlovu has crept up the scoring charts with 14 to his name.

The 25-year-old hasn’t just been in good form in front of goal.

Manager Kevin Wilkin praised his all-round contribution, which has helped Brackley to wins over Guiseley, Curzon Ashton and Kidderminster Harriers.

Every promotion-winning side needs a goalscorer and they certainly have one of those.

Is it the Saints year after a number of near misses?

 Wonderful For White As Dorking Refuse To Stand Still When you’ve won 11 promotions since 1999, was there really any chance Dorking Wanderers would be happy with a season of consolidation?

Bluebirds Say Time Is Right For A Change As Collier Departs  Chippenham Town have announced the departure of manager Mark Collier.