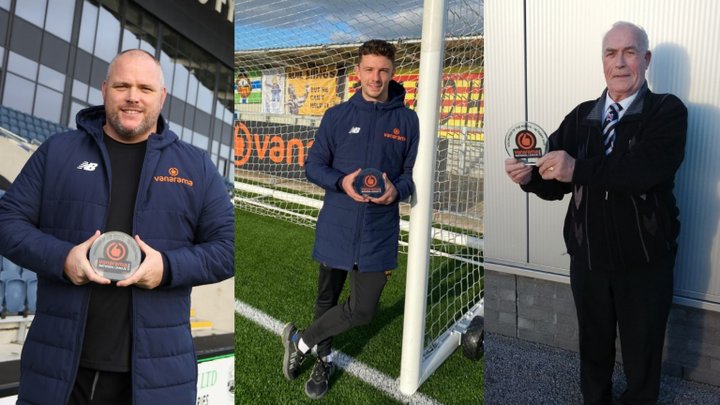 It’s been a month of football like we’ve never experienced before, but one thing remains exactly the same - the need to honour those who are shining on and off the pitch.

It’s been a flying start to the National League North season and this month’s awards show the strength of the division once again.

Two sides won four from four - so it is only right one accolade wings its way to each club.

Jim Bentley didn’t see AFC Fylde collect all of their 12 points in October.

The manager is awaiting a crucial heart operation, and was already self isolating. The award will be a great tonic, as will be the news his team sit top of the table.

His team have done him proud with success over Darlington, Gateshead, Farsley Celtic and Kettering. There were two FA Cup wins as well, confirming their first round place at the weekend.

Gloucester City were also flawless last month and a lot of that was down to striker Matt McClure.

He scored five in their four games - including a ‘Matt-trick’ as his classy treble downed Blyth Spartans.

The Tigers also got their teeth into Kettering Town, Chorley and Chester and the 28-year-old has led the line with purpose.

These, of course, are testing times for everyone - and football fans have certainly felt it as much as many since March.

So we feel the Volunteer of the Month has never been more important.

Claude Spooner is Darlington through-and-through and aged 80, he’s pretty much seen it all.

A global pandemic may be a first, but he has been invaluable to the club, working at academy games and on Saturdays to ensure everyone is following strict protocols in all weathers.

A steward at Darlo for over 30 years, not even the virus would stop the veteran supporter lending a hand.

The club insist they could not have managed without his commitment.