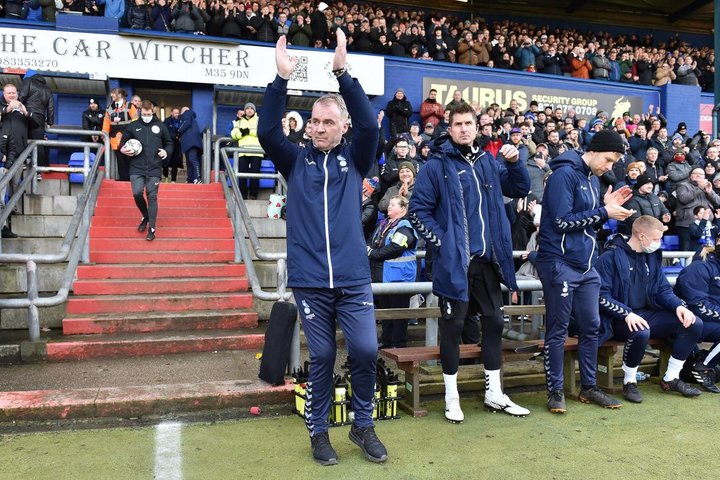 The National League will be saying hello to ten new clubs come August 6 for a season that is sure to be bigger and better than ever!

Some have sampled life at this level before, but for others the experience will be a brand new one.

Of course, the sides coming up can’t wait to show what they can do after stepping on up.

The two teams coming down from the EFL are understandably a little less thrilled to be here - and will want to follow the lead of Grimsby Town and return at the first attempt.

Throughout July, we have been giving plenty of focus to all the newcomers.

Our study concludes with an inspection of the final three and with little over two weeks to wait, the countdown is really on to the new campaign.

The National League North, don’t say you haven’t been warned.

Andy Whing created history in the Puritans best ever season ending the campaign with 102 points.

Whing announced his retirement from playing in 2015 at the age of just 31 after he was hampered by groin injuries at Oxford United.

He is clearly making up for lost time.

With the club’s takeover still waiting to be rubber stamped, it is difficult to know what’s ahead for Oldham Athletic.

They became the first former Premier League club to slip out of the Football League last April.

It helps when you have a great trying to drive things forward, and in John Sheridan the Latics faithful have a manager that lives and breathes the club.

Some good signings have been made too, with Liam Hogan in particular a promotion specialist.

Oldham fans just want to get back to enjoying watching their team again.

Not much surprises you in football but after winning promotion, Buxton manager Steve Cunningham’s resignation left everyone scratching their heads.

Having fended off South Shields for so long, there seemed no stopping the title party - until a few days later, that is.

The club found a decent replacement, it’s fair to say.

Jamie Vermiglio has done wonderful things at Chorley, and his departure would have also raised eyebrows.

Vermiglio, 39, achieved one promotion, two play-off finishes and a club record FA Cup fourth round appearance. It’s that record which convinced the Bucks to get their man.

 Shayman Hopes To Shake It Up In The Love Island Villa The oddest summer transfer has just been completed as FC Halifax Town star Jamie Allen makes a move to the Love Island villa!

Signing Spree Is Sparked As New Season Gets Closer  The big kick-off is now just three weeks away and there’s been another signing spree over the past few days.