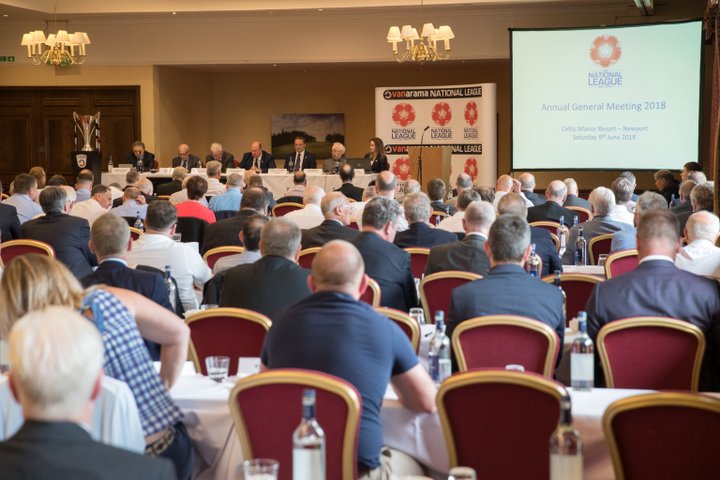 The National League has concluded its AGM at Celtic Manor.

• “Motorama” will be the Official Car Leasing Partner

• The National League will celebrate its 40th anniversary in August 2019

• Vanarama Promotion Final at Wembley on Sunday 10th May 2020

 Heed In Need Of A New Manager As Dickson Departs Gateshead manager Dave Dickson has left the club, it has been announced - but a former favourite has returned.

The National League Season Review Part Five: December  Each week during the summer break we will be reviewing the season month-by-month. Let's whet the appetite for August with a look back at what happened in the December of last season in all three divisions.