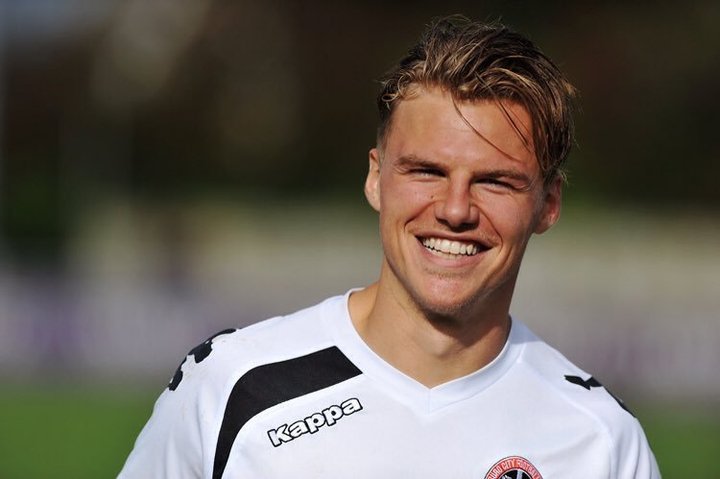 We've been getting to know the Truro City squad with Cody Cooke having his say on his teammates!

Cooke gave his answers to these questions!

Aaron Lamont, nobody is really to fussed about the tunes in the changing room. Aaron's come in and done a good job with them, so he'll continue until he begins to play some questionable songs.

First to training is always Myself and Aaron Lamont. Sometimes he brings his (flat footballs) and we will have a little kick around, but on the whole, we will sit in the cars and have a little chat normally.

Again, has to be myself and Aaron. I like to try and do abit after the session, whether that's a few sprints / stretch / shooting etc. Aaron sits against the side contemplating the session, but he will always leave last.

Has to be Stewart Yetton. We have a little tradition stopping off on away trips for a McDonald's breakfast at the same services (Obviously on pancakes and porridge) Yetts is normally the only one the get, Porridge, Pancakes, and a pint of Coffee.

Would have to be Ben Harding. No necessarily my personal pick, but I have information from a good source (Jamie Richards) that he's constantly ringing the Assistant Gaffa. Probably about there modelling contacts.

Tough call this one, we have some bad, bad cars in the group. It will have to be Andrew Neals burnt orange fiesta though, although he loves it to pieces.

Apart from myself, probably Jamie Richards. His unfortunate looks is made up with his dress sense.

Hard man in the team?

quiet and very much under the radar, but Ed Palmer briefly retired from football to play 2nd Row at Taunton Rugby Club. He's the first to break up any scuffles on the pitch, normally by launching someone out of the ground.

Probably Stewart Yetton. He's one of the oldest in the group and has made it clear it's something he would like to do in the future. He would be a great manager, full of passion, full of experience in the non league circuit and with the right club I could see him taking a team far.

Joker in the group?

Joint award between Jamie Richards and River Allen. They both bounce off each other and are always centre of attention, hilarious at times. But Sometimes it's taken to far and on Holiday last year the boys were doing there best to avoid them and there antics, pretending they don't know them.