Moses Is The Man Of The Moment For Billericay 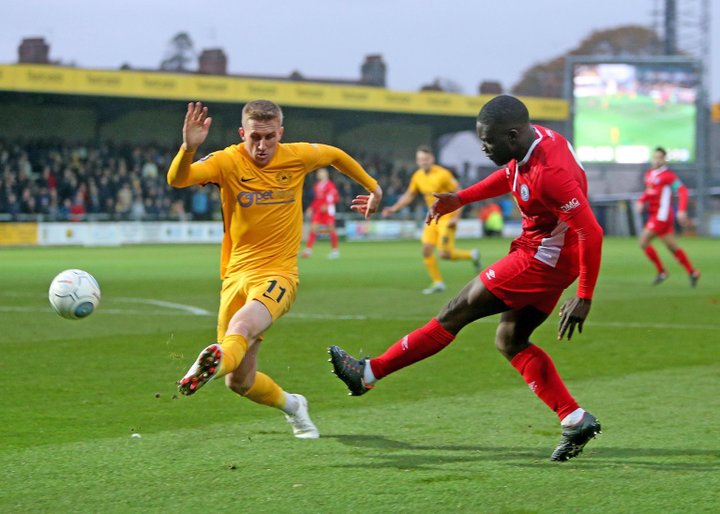 Moses Emmanuel has had worse months in football. He’s cemented his place in the Blues’ first-team after a string of top-drawer performances delighted new boss Dean Brennan.

It’s something that looked impossible earlier in the season when Jake Robinson was in scintillating form but six goals in as many games in all competitions has thrust the forward into the limelight at the AGP Arena.

Emmanuel has helped his side to the top of the National League South after wins against East Thurrock United and Gloucester City, where the 28-year-old scored a crucial goal to take all three points.

They also secured a solid point against in-form Dulwich Hamlet.

In the FA Cup, the forward scored three of Billericay’s nine in a demolition of Whitehawk, before netting a brace in the following round versus Taunton Town.

 Former Premier League Man Mike Makes A Big Splash When you’ve played at the top level, stepping down isn’t always as straightforward as people will have you think.

Positive Parkinson Is The North’s Best Boss In October  As a Sports Science lecturer, Phil Parkinson knows it’s not just about someone’s strength of character - it’s their strength of mind, too.