Morley: Relentless Ammies Got It Right On The Night 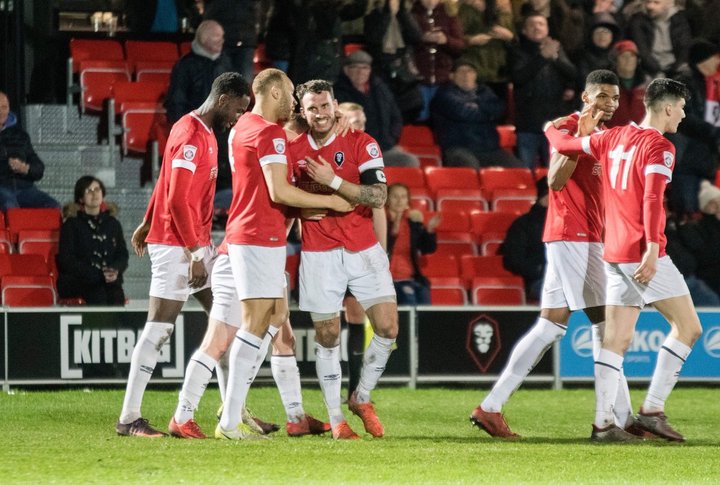 Salford City joint-boss Bernard Morley says his side put in a performance they could be proud of after defeating Blyth Spartans 4-1.

This result along with Harrogate Town losing meant it was a good evening for the club, writes Tom Feaheny.

"We were relentless we took the desire and spirit from the last ten minutes of the last game and used it from minute one right until the full-time whistle," Morley told the club's website.

"The equaliser was key just before half-time, it added a sort of relief and then we were able to go out on the front foot and that's what we did.

"Our application was bang on, even at 4-1 it could have been six or seven really."

Morley says the depth of the squad is key now but also the attitude of those players who are looking to impress.

"There are players frustrated they are not playing it is a good headache for us, the four players have all done a job who came in."

Finally with one month until the end of the season, this is the time that Morley says he is excited about.

"With the games to go, it will be twitchy for some, we are enjoying it and know there is no room for error."

 Attendance Table: Where Does Your Club Chart? We’re all intrigued by attendances. Whether it’s checking to see if form is being met with a reaction through the gates or if it’s to check up on your rivals, we all like to see who is pulling in how many punters!

Macclesfield Regain Top Spot - Vital Win For Hartlepool  Macclesfield Town returned to the top of the Vanarama National League ahead of the busy Easter period after a hard-fought 1-0 win against mid-table Gateshead at the Moss Rose on Tuesday night.