More Of Brackley's FA Trophy Heroes Sign On For More 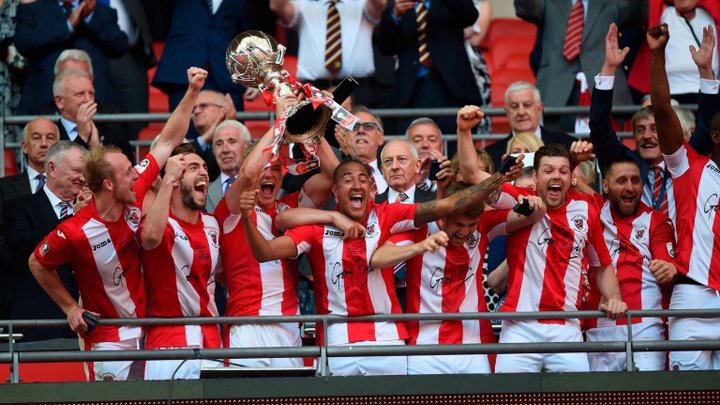 You may forgive Brackley Town fans for being downhearted with the loss of their prolific striker Aaron Williams to Harrogate Town, writes Tom Scott.

Despite this setback, there are plenty of reasons for Saints’ fans to be positive for the next campaign.

Alex Gudger became the fifth player to sign on again for Brackley, as the club look to keep together the core of their squad who were so successful last term.

Gudger joins Shepherd Murombedzi, Glenn Walker, James Armson and Shane Byrne, who have all committed to stay at St James Park for the upcoming season.

Manager Kevin Wilkin wants his team to push on next season.

After finishing third, and seeing the two sides above them earn promotion, fans will hope that this could be their season.

 Good News For Spartans’ Star - And For Blyth Fans! Generous Blyth Spartans supporters who helped fund Ryan Hutchinson’s operation have been given their money back.