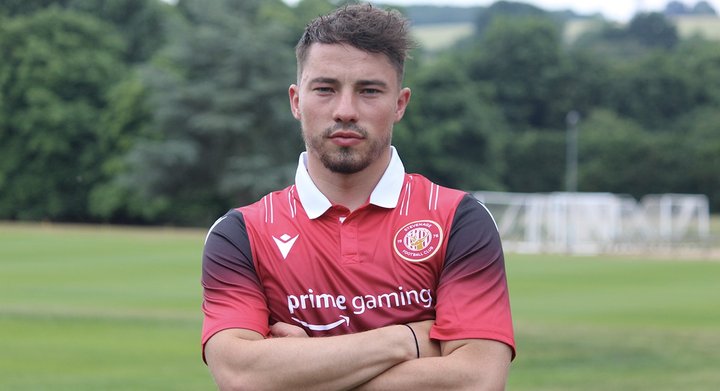 We’re another week closer to the new season and clubs are delivering with daily ins and outs to keep fans occupied.

August 6 can’t come soon enough and as the players gear up for their return to pre-season training there’s been more movement in the past few days.

But it’s not just players arriving - some have been given the chance to step up to the EFL.

Worthing will have to tackle the National League South without young star Jasper Pattenden.

The Revels are thrilled for the 20-year-old, who has caught the eye of Gareth Ainsworth and Wycombe Wanderers.

Another player getting a big chance is Kane Smith, pictured.

Aden Baldwin was the first in on Monday, and two days later reunited the deadly strike duo that tore the National League North apart last season as Cedwyn Scott linked up again with lethal Macaulay Langstaff.

On Friday they completed the signings of Kidderminster Harriers captain Sam Austin and 22-year-old Geraldo Bajrami.

AFC Fylde have done some good business already this summer as they look to put last season’s National League North frustration behind them.

Maidstone United have agreed a deal with defender Jack Cawley after he left Wealdstone, who have re-signed their old keeper Sam Howes.

Nicke Kabamba has been added to Barnet’s attacking arsenal.

Defenders Ollie Brown and Scott Garner are sure to make Alfreton Town hard to beat next season.

Elliot Benyon in now a Slough Town player, with George Wells and Guy Hollis both returning to Arbour Park.

 New Kids On The Block Ready To Make Their Mark For the first time, we will be welcoming ten new arrivals come August’s big kick-off.

The 2021-22 National League Season By Numbers  It had twists and turns a plenty, with drama until the very end - but what are the facts and figures behind this brilliant National League season?