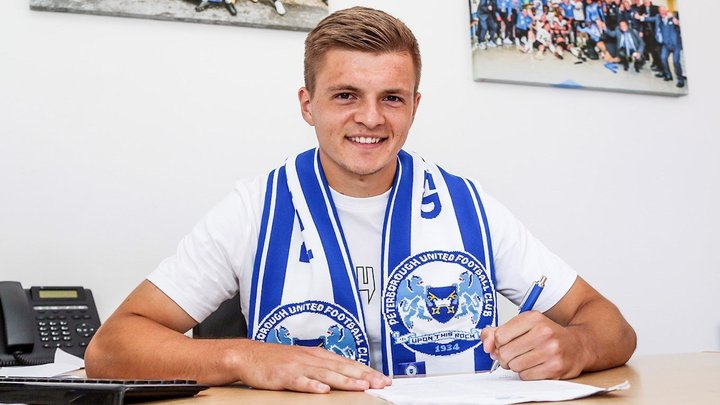 The clock is ticking until the start of the new season and with August just days away, the finishing touches are being put on squads.

The excitement is building but the pressure is on to get things perfect for the opening day and more deals have been done this week.

On Friday there was a flurry of business.

It’s been a very busy summer at Barnet - Joe Widdowson, a National League champion with Leyton Orient in 2019, has joined the Bees’ close-season overhaul.

It was a week where another talented young star got a big move to the Championship.

Posh manager Darren Ferguson said: "I was made aware of him last season, we had eyes on him in the first pre-season game and we didn't need to see him again, it was done, the decision was made."

Grimsby Town moved for Aston Villa defender Sebastian Revan, who will be on loan for the season

Southend United have signed striker Sam Dalb after the 21-year-old left Watford. He had loan spells at Stockport County and Woking.

Weymouth have added midfielder Xander McBurnie to their squad, while Dover Athletic have signed Gillingham midfielder Henry Woods on loan.

Woking sign Tahvon Campbell earlier this week and he made the perfect start scoring the winner against AFC Wimbledon.

 Robinson Ready To Get His South Scoring Boots Back On Again For a player who is so desperate to leave it behind, Jake Robinson is doing a pretty good impression of someone who is smitten with the National League South.

Perfect Pair Are Recognised For Their Dedication To Brackley  Those who offer their time and their services for the love of the game have never been needed more, so we are naturally delighted to announce the Vanarama Volunteer of the Year award, writes Sam Elliott.