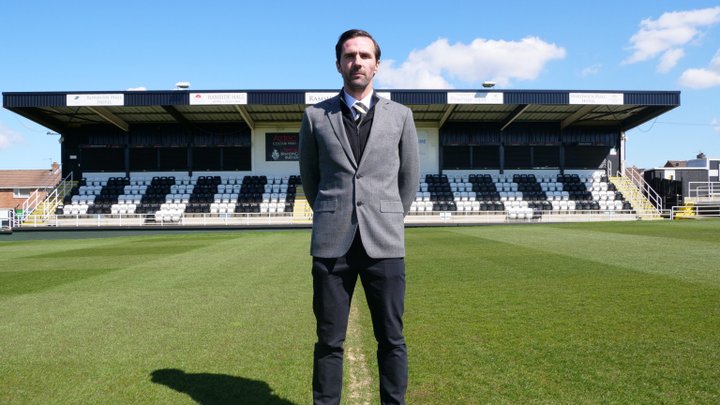 Tommy Miller has vowed to bring 'winning football' to Spennymoor Town following confirmation of his appointment as the club's First-Team Manager.

Miller has been a part of the Moors' coaching team since 2015, achieving promotion into the Vanarama National League North four years ago.

"I would like to thank the Chief Executive, Brad Groves, and Managing Director, Tony Wilson, for giving me the opportunity, and I am looking forward to the challenge ahead.

"Having been at the club for just under five years now, I know how professionally ran everything is and the plans in place to take Spennymoor Town forward.

“There is a lot to sort and organise in preparation for the new season, but I can’t wait to get started as it’s something I have always wanted to do since finishing my playing career.

“I’m confident that with the players I bring into the football club alongside the group we already have, we can be right up there when it matter next season.

“The philosophy is simple for me. Winning football. Each game is different and each one brings its own challenges, so we have to be well prepared and be willing to fight for each other in order to reach our targets in what is a very competitive division.”

Spennymoor Town's 2021/22 campaign will get underway on Saturday 14th August.

 LV BET | Vanarama National League Matchday 40 Preview We’re racing towards the final month of the season – so what will Saturday tell us as clubs brace themselves for the run in?