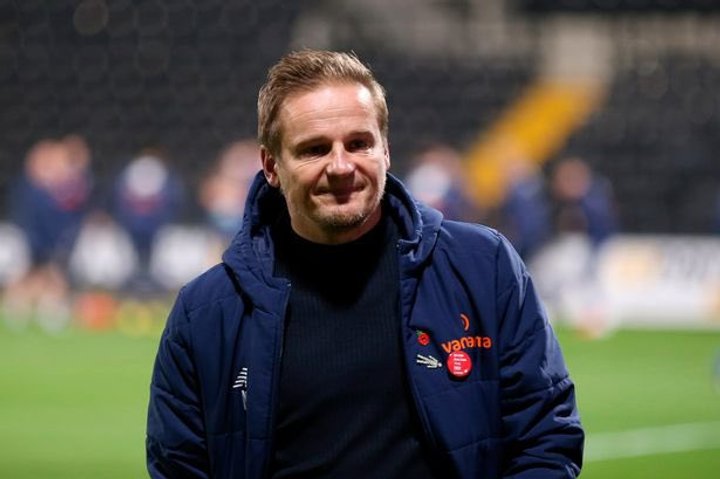 Neal Ardley is back in National League management after accepting the challenge at Solihull Moors.

The former AFC Wimbledon boss parted company with Notts County back in March.

But he is back in the game and now wants to turn Solihull into a promotion force.

But with a gentleman’s agreement in place with inactive Stourbridge, he returned - leaving whoever takes over in a strong position.

48-year-old Ardley will work with alongside promoted assistant manager James Quinn his former number two at Meadow Lane, Greg Abbott, who will be working in a consultancy capacity.

That man is Ardley and he is excited about what’s ahead.

He told the club’s website: “After leaving Notts County I was hoping my next job could be a project that would give me the chance to take a club forward.

“From day one after meeting Darryl (Eales), Tim (Murphy) and Craig (Cope) it was clear there’s a huge ambition to go alongside the wonderful story of Solihull Moors.

“I hope to add to the great work that’s been put in place and keep the club moving forward on and off the pitch.

“I’m really looking forward to starting with the players after their strong finish to last season, and working closely with Quinny (James Quinn) and all the staff at the club.

“Alongside this, Greg Abbott’s huge knowledge and contacts will help the club attract and recruit even more quality to the squad. I’m excited to get going.”

 National League Statement | Outcome of FA Appeals The FA has today published the outcomes of appeals from a number of clubs against sanctions by the National League during the 2020/21 season.