Moors In Seventh Heaven As Unbeaten Run Is Extended 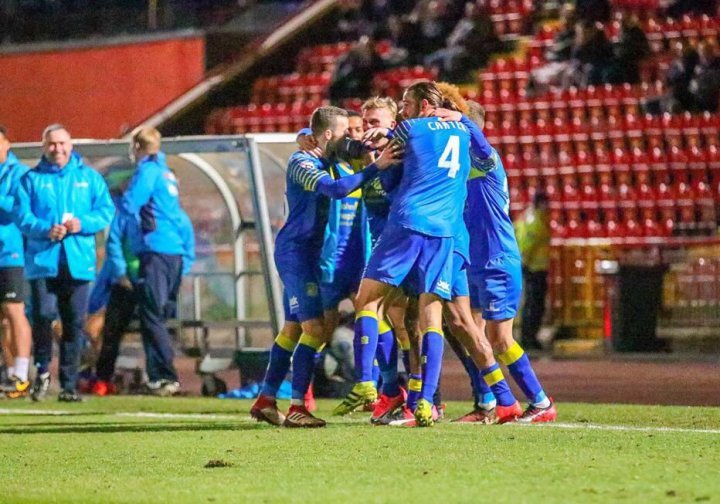 Assistant manager Tim Flowers the side got it right both at the back and up front last night.

Solihull Moors made it back to back wins and seven unbeaten thanks to victory against Maidstone United, writes Tom Feaheny.

“It was such a big game for us coming off the back of an away win," Flowers told the club's website.

“We needed to cement that with three points at home. I thought that it was another wonderful performance.

“If you’re going to base a team that’s going to do anything, it’ll be based from the back. That’s been, touch wood, very tight.

Flowers says five clean sheets in a row is something that makes him happy as their defence did the job again.

“The clean sheet record is there for everyone to look at. It’s not like our goalkeeper is getting peppered left, right and centre.

“It’s a team effort. We start defending from the front and that triggers through the team.”

“Everybody says about 50 points but it might be more than that. People are scrapping for their lives and this is funny season now where people pick up results that you might not expect."

 It’s Taken A While But Barrow’s Holker St Hoodoo Is Over! After five-and-a-half months, 12 matches and plenty of ‘cat kicking’ from everyone, Barrow - finally - had a home win to savour.

Game Off In London, But There's A Big One On In Manchester  There has been a casualty in this evening’s only National League South match - but it look like game on in the big game in the North.