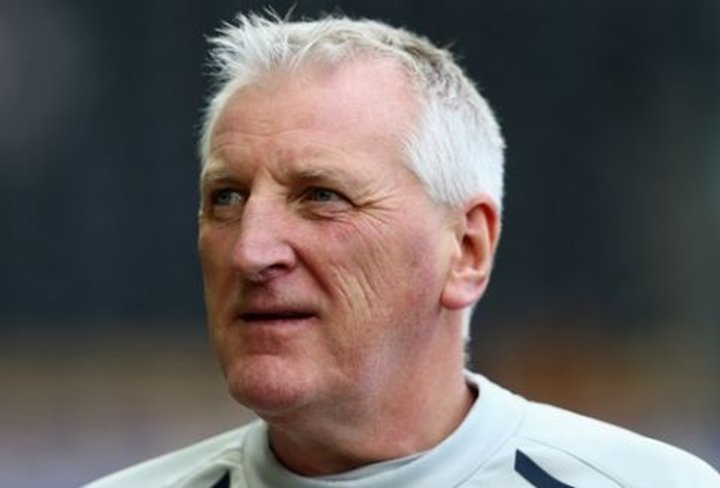 Moore has been out of work since leaving Hartlepool in February after just over a year in charge of the League Two club.

The 63-year-old has a wealth of managerial experience and Eastleigh see him as the man who can guide them to promotion this season.

He is an accomplished manager whose record boasts successive promotions with Rotherham.

Moore transformed the Millers who had been relegated to the bottom division when he began an eight-year reign in 1997.

The Liverpudlian, who has since taken charge of Oldham and Tranmere Rovers, guided Rotherham into the play-offs before lifting the club two divisions between 1999 and 2001. In gaining promotion to English football's second tier in 2001/02, Moore was subsequently named manager of the year.

Topping even that achievement was the fact that Moore kept Rotherham at the higher level for three years - on gates of below 10,000 - during which time he was linked with moves to bigger clubs including Sheffield Wednesday and Preston.

He left Millmoor in early 2005, feeling that he had taken the small-town outfit as far as he could.

Moore then successfully fought a relegation battle with his next employers, Oldham Athletic, before establishing the Lancashire club in mid-table.

He left Boundary Park in 2006 to resume his career with Tranmere - his first club as a player.

After completing a rapid overhaul of a struggling squad, Moore's new team had two near-misses on the play-offs before coming agonisingly close in 2009 when they finished seventh after being held to a draw at rivals Scunthorpe on the last day.

After his surprise departure from Prenton Park, Moore returned to Rotherham. Again his success continued with the club, as he guided them to Wembley in the play-off final in 2010 and narrowly missed out on promotion to Dagenham & Redbridge.

Rotherham parted company with Moore in March 2011, despite the club being in firm contention for promotion, having not been out of the top six in League Two for the 2010/11 campaign.

He later made an instant impact at Prenton Park after guiding Tranmere to a comfortable mid-table finish in 2011/12, after the club having relegation concerns before his appointment.

In 2012/13, he was awarded the manager of the month for August and September. His side would later record an eleventh place finish.

His playing days, after an early conversion from centre half to centre forward, also majored at Rotherham where he was recently voted the greatest player in the club's history. Moore hit 52 goals in 125 appearances in a team that climbed to the second tier in the 1980s.

He later returned to Tranmere as a player before having a spell in caretaker charge and also becoming assistant to John King.

Moore served a further apprenticeship with Southport in the Conference (National League) ahead of his move back to Millmoor.