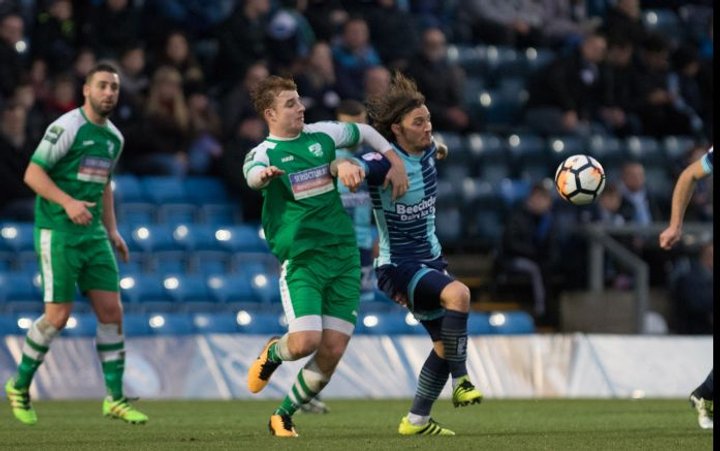 Concord Rangers manager Sammy Moore has made his sixth and seventh new signing since taking over.

Blackman (pictured) started his career at Millwall academy from under-9’s to under-16’s before making the move to Leatherhead to establish himself as a regular in the first-team at only 17 years old.

He then made the move over to the United States where he played his football for America Tormenta FC, and was Most Valuable Player of his Conference in the States, meaning that he was in the top forty players.

He went on to play for Kings Warriors before re-signing for Leatherhead in the summer of 2017.

He transferred to league rivals Margate in December 2017 and made twenty-one appearances and scored one goal to add to the twenty-three and one goal for the Tanners prior to his move to the Kent coast.

Green started his career at Nottingham Forest before moving to Bishop’s Stortford in 2008 where he enjoyed a strong season.

This earned him a move to Dagenham & Redbridge, which in turn paved the way for a return to the Football League with Charlton Athletic in 2011.

Following a loan spell at MK Dons in 2013, Green joined the Dons permanently in 2014 before signing for Luton Town in 2015.

He joined Chelmsford in August 2017.