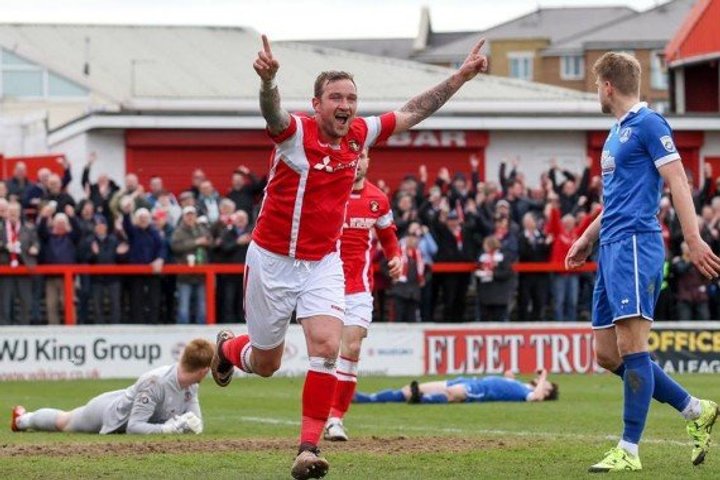 Ebbsfleet United boss Daryl McMahon says his side kept going as they progressed to the next round of the FA Trophy.

A 2-1 win against Eastleigh was secured thanks to a 93rd minute strike by Myles Weston, writes Tom Feaheny.

“I just always felt that moments of quality with Shields, with Weston, Coulson, Powell, Kedwell, we knew we had the players in the team that could produce a goal and in the end we did,” McMahon told the club's website.

"It was a great little run inside from Weston. We watched some clips and we thought that was an area we could exploit, coming off the sides and I thought we did."

There was more good news for the side with Dave Winfield starting for the first time since August and the defender impressed his manager once again.

“The challenge in the second half on Chris Zebroski was excellent. I’ve been saying it for two or three months and I think he’s the best centre half in the league. That tackle showed you what we missed.”

While one player returned McMahon believes a new addition up front is needed as well.

“We’d like to bring someone in, another handful, another goal threat for us if the right player becomes available. I don’t think you can sit on your laurels, I think it’s important that when you’re doing well."

 No Sunday Best! Salford's Game At Darlo Falls Too The adverse weather conditions continue to play havoc with the schedule as Sunday’s only league game was called off for a second time.