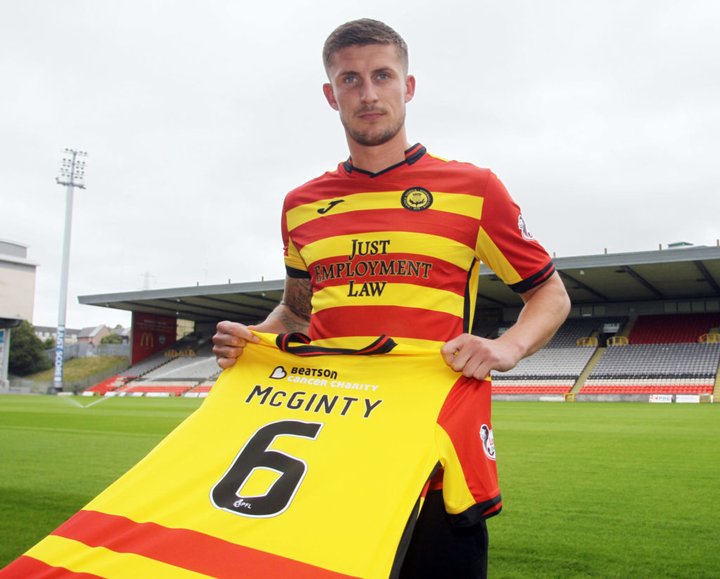 Scottish Championship side Partick Thistle have announced that Sean McGinty has signed for the club subject to international clearance, writes Aidan Jones.

The former Manchester United scholar moves across the border having spent two seasons at Torquay United before making his move away from the Devon coast.

McGinty managed 92 appearances for the Gulls during his time there and netted six times, after signing from Aldershot Town in 2016.

The defender rejected a new deal from his former club, in order to try his luck in the second tier of Scottish football.

Despite being made the captain at Plainmoor by manager Gary Owers, McGinty’s decision has been made following Torquay’s relegation to the National League South.

Mcginty joins the Scottish side in their quest to achieve promotion back to the Scottish Premier League following their relegation in the previous season after losing to Grenock Morton in the play-offs.

McGinty is another Non-League player to make the move to Scotland. Ex-Torquay striker Ryan Bowman who moved to Motherwell last season and Gateshead's Danny Johnson last week made the same move.

 Yates Quits Moors To Take On Champions Macc's Challenge Mark Yates has been rewarded for pulling off a survival miracle with Solihull Moors by being given the Macclesfield Town job.

Ebbsfleet Confirm They've Made A Big Pre-Season Change  Ebbsfleet United have confirmed they have secured a new training base ahead of their return to pre-season.