McDermott Disappointed His Side Went Un-Rewarded At Salford 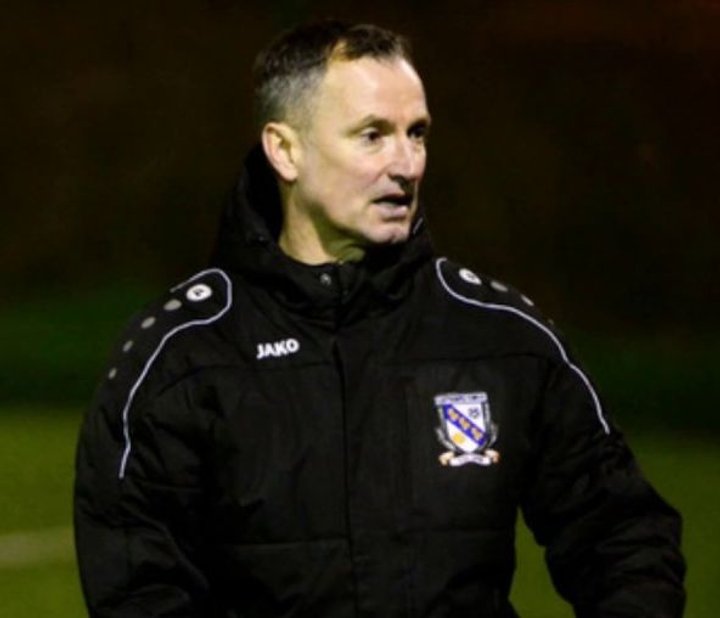 The Reds conceded a late stoppage time header last weekend as a fantastic team performance went un-rewarded at Moor Lane in the most devastating way.

The last two performances against the two top sides will leave Reds fans with plenty of positives as the squad continues to develop and grow.

McDermott told Alfreton`s press officer Amar Sharma: "It was such a tough result, whether it's the first minute or the last it's hard to take. When you come to a place like Salford and you put in the effort that we did and work as hard as what we did and create some really good chances and we deserved so much more.

"The minimum we should have earned was a point, we created a lot of chances, Brody Robertson had a really good effort in the second half, their keeper made a good save and the referee has given a goal kick when it was a clear corner. Then into stoppage time, we should have cleared our lines and we said don't let a goal come from the near post after a corner and it's a flat cross and we haven't dealt with it and the lad has smashed it in."

On the penalty shout for the Reds in the second half, McDermott added: "I thought it was handball, we just aren't getting the rub of the green at the moment, we need that bit of luck and it's not falling for us. But it will turn, I said to the lads you have to work to get that luck. When you're top of the league you get that luck, they've missed many chances but that's what the game was about, it was end-to-end.

"I want to thank our fans who travelled up to the game, they were superb throughout and it was really lifting for the lads to see our travelling support in numbers and they didn't stop singing. They were amazing as always."

On the last two fixtures, McDermott added: "I said to the boys that we had come up against the two top sides in the league that haven't been beat many times and we should have possibly got three points at home to Harrogate Town and we should have got a minimum of a point at Salford.

"If we are to go anywhere near the play-offs, there's no point me talking about the play offs in the position that we are; but we need to start turning performances into results and it's another tough game for us on Saturday. We can't take any comfort from the Salford game but the only comfort we can take is if we beat York. We need to beat the teams in and around us, who are going to be up there."

On York City: "We need to get a good result against them, they are a tough side and they have a great following. It will be a great game, we need to get a good result and then try and go on a run with the games coming up. It has to be back to back results to get up there, we can't talk about how good we are or how well we've done against this team or that team if we are 16th in the league."

On Nabil Shariff's debut, McDermott said: "He did okay, it wasn't a bad performance and to be honest it was a tough game to come into. He didn't know any of the lads, he only met the lads on the Thursday last week. The tempo of the game was ten times quicker to what he's been used to, so it was a good chance to have a look at him and we will see better of him when he finds his feet.

"All the lads did well, I just want us to have more belief in the final third, we need more conviction. Our back five were outstanding and we need to defend those little pieces better and we will. We need to believe in our ability and turn these good performances into results".