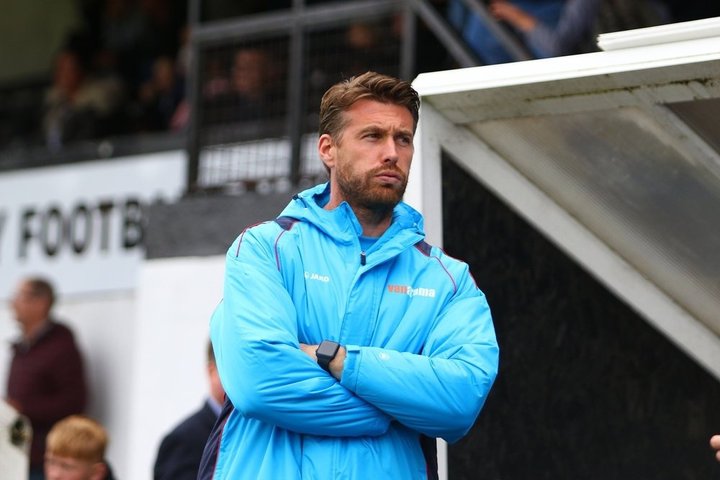 The Bucks pulled clear of trouble late in the season but it has been confirmed a change has been made.

The club said that following the conclusion of the 2017/18 season a number of meetings and discussions have taken place with regard to planning for the future and it's been agreed it's in the best interests of the club to make a longer-term appointment.

Chairman Andy Pryce told the club`s official website: "We are of course very disappointed to lose Rob, he's worked incredibly hard this season and the team had shown a lot of promise in recent weeks.

“Rob is a talented and ambitious young coach and we would not want to stand in his way were he offered opportunities elsewhere, but at the same time we have to protect the interests of our club so we've decided it's best to start afresh.

“We are grateful to Rob for making this decision so swiftly to give us the most time possible to look for a replacement and plan for not just next season, but longer-term too."

Former Wolves boss Edwards commented: "It's been one of the hardest decisions I've ever had to make and not one I've taken lightly. Telford means an awful lot to me and it's been a privilege to lead the club this season.

“It's been a difficult year, I took the job at short notice on the eve of the new season and it took longer than hoped to make the changes I felt were necessary, but I genuinely feel we showed with our form in the last few months we had turned the corner and I truly believe I'm leaving the club in a stronger position than when I arrived.

“It's a decision I have made for me and my family as I still have strong ambitions to progress in my coaching career.

“I'd like to thank the fans, the players, my staff and everyone at the club for all their help and support and wish them all the very best for the future".

 Wright Releases Long-Serving Scott Plus Three Others Darlington manager Tommy Wright has announced that he is releasing Leon Scott and Greg Mills.

Good Darts! Tony Is On Top Again After Awesome April  You would have to have a heart of stone not to feel sympathy for Dartford and their manager Tony Burman.