Maher Makes Vow To Bring Success Back To Southend 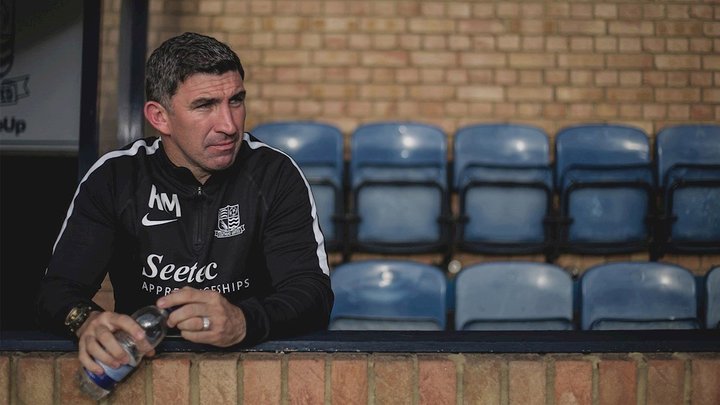 The 44-year-old, who made 455 appearances for the club, has been named Phil Brown’s replacement.

He has signed a deal until the end of the 2023/24 season and will be assisted by former Barnet boss Darren Currie and respected coach Mark Bentley, Maher’s former Roots Hall team-mate.

The Shrimpers have suffered back-to-back relegations - and are currently in a battle at the bottom of the Vanarama National League.

But the new man thinks he can help bring the good times back after a difficult few years.

His first game in charge of Southend comes on Saturday with a trip to promotion-chasing Dagenham & Redbridge.

Maher told the club’s website: "I’m absolutely delighted. Walking back in and the familiar surroundings that I’ve been so used to throughout my playing career and also coaching career.

“I’m delighted to be back and can’t wait to get started and hopefully help the club move in the right direction.

"While it’s brilliant to have the connections as a player, what I’ve learnt throughout my career has been a massive part of that and we had some brilliant times, we want to bring them back.

"It’s going to take time. It’s been a difficult time for the club in the last few years, but everyone is now pulling in the direction that we want to bring success back to this football club.

"If we are all in it together there’s no reason we can’t start to turn things.

“Slowly, we will do that, I’m sure of that because there’s a lot of good people at the Football Club and we all want the same thing."