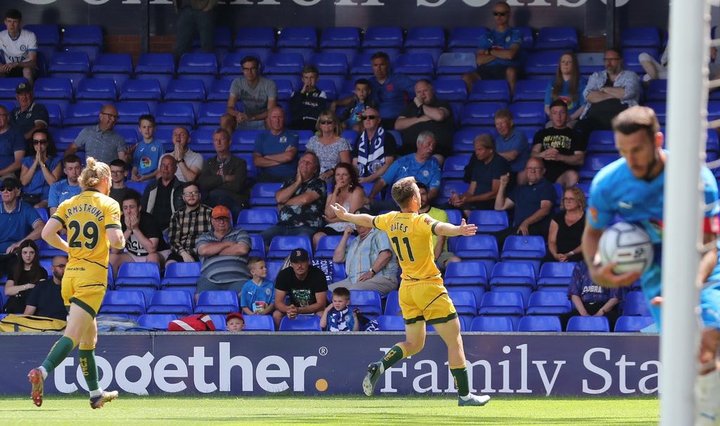 26-year-old Oates sank his former club with a low effort from range 15 minutes from time, ensuring Hartlepool would hit the road for Bristol a week later.

Stockport were much the better side in the opening exchanges and created a plethora of early chances.

Striker Paddy Madden fired wide before John Rooney first tested goalkeeper Brad James. James would be called into action again in the dying minutes of the tie, when he came up strong and saved well from Richie Bennett’s late header.

Pools pounced on a mistake from Ash Palmer with 76 minutes on the clock. The ball ended up at the foot of Oates, who was allowed enough time and space to take aim from 20 yards.

The talisman’s strike kept low and nestled into the bottom-left corner, silencing the perplexed home fans.

Hartlepool will hope to return to the EFL with their first Promotion Final since falling to defeat in the 2005 League One final at the hands of Sheffield Wednesday.

"As you expect in these games, it was a full range of emotions," Pools boss Dave Challinor said after the win.

"It's calmness as the game goes on, probably a bit of anxiety, a bit of displeasure, the ultimate elation in scoring and then the ultimate agony waiting the injury time to pass.

"You go through the mill as you always do and thankfully we're on the right side of the result and we're looking forward to a massive game in the Promotion Final next week."

 Moors Make Move For Ardley As Neal Nets A Quick Return Neal Ardley is back in National League management after accepting the challenge at Solihull Moors.