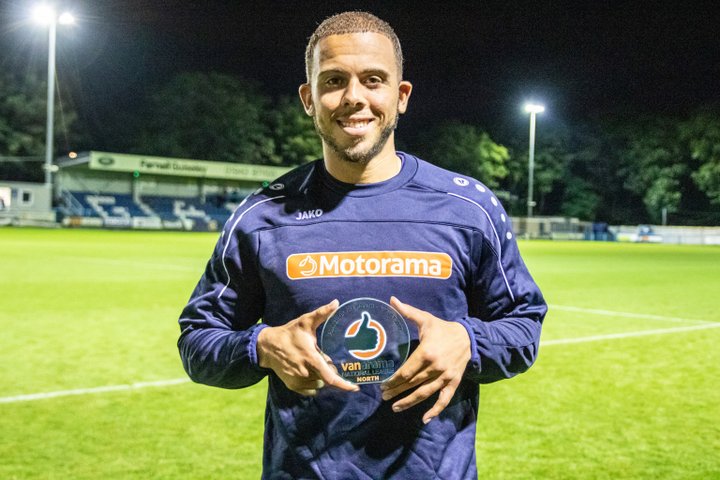 Aaron Martin has won Player of the Month for Guiseley in the National League North.

Eight games, ten goals. Could the August Player of the Month award for the National League North really go to anybody else?

It’s been the stuff of dreams so far for Guiseley and goal machine Aaron Martin.

It took the Lions until mid-October last season to reach their points tally they find
themselves on at the turn of the month this year.

Not content with that, he went on to hit doubles against both Spennymoor Town and Blyth Spartans for their third and fourth wins of the season respectively – that either side of goals
against Boston United and Alfreton Town.

After a summer full of big eye-catching moves to the EFL, have we seen another star being
born?

BT Sport Cameras Roll! In-Form Sides Set Up Must-See TV  Woking may think they’re not getting the recognition they should be, but that is sure to change if they head home from Hartlepool United with three points in their back pocket.