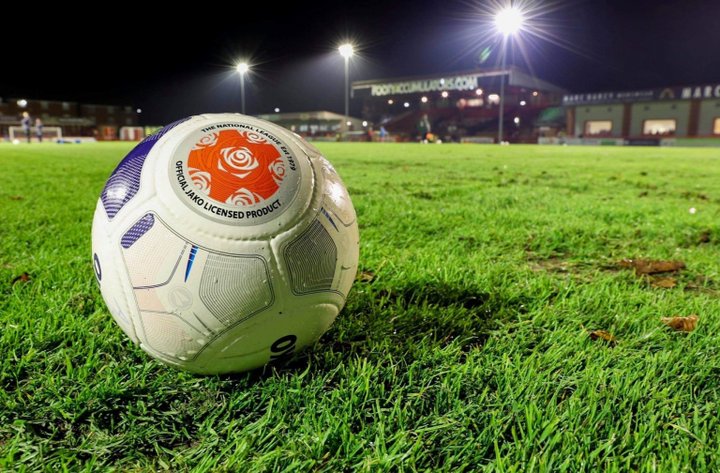 Each gameweek, The National League's official betting partner LV BET provides the lowdown of the key matches across the Vanarama National League. Find out all you need to know ahead of Matchday 39.

Barrow v Wrexham
- Leaders Barrow are looking over their shoulder after they lost 2-0 to Notts County last Saturday and had their top scorer Scott Quigley sent off. It was their second defeat in their last five games.
- Barrow have the best home record in the whole league and the defeat to Notts County was their first home loss since September. They have conceded 15 goals at home, the joint lowest alongside Solihull Moors.
- Wrexham sit in 19th, just two points above the relegation zone. They have lost 12 times on the road this season - more than any other side.
- Wrexham won 2-1 when the two sides met on the opening day of the season, with Bobby Grant bagging the winner.

Notts County v Eastleigh
- Notts County picked up their third win on the bounce with a 3-1 victory at home to Aldershot on Tuesday night. With four wins in their last six, they are the league’s in-form side.
- County have a strong record at Meadow Lane and are unbeaten in eight home games. Their last defeat was a 3-0 loss to Barrow in November.
- 16th place Eastleigh are five points above the relegation zone and will no doubt be looking to put some further distance there. They have only won once in their seven away games.
- Eastleigh won 1-0 when they hosted Notts County back in August. Reda Johnson scored the only goal of the game.

Sutton United v Hartlepool United
- Sutton United moved above midtable rivals Torquay with a 2-0 win against them on Saturday.
- Sutton’s home form is right up there with the best in the league and they are undefeated at the Knights Community Stadium in seven games.
- 11th place Hartlepool sit just one point off the Playoffs. Their 1-0 win at Solihull at the start of March was their first away win since November.
- Sutton won 3-1 earlier in the season, aided by a Harry Beautyman brace.

Woking v Dagenham & Redbridge
- Woking sit in 9th and are only outside of the Playoff places due to their inferior goal difference. They suffered a 3-1 defeat to Barnet on Tuesday night.
- Their home form reflects their league position and they have scored 22 and conceded 22 at the Laithwaite Community Stadium this season.
- Prior to their 1-0 at Aldershot on Saturday, Dagenham hadn’t won away from home since September.
- Woking won 2-0 at Dagenham earlier in the season, with Kane Ferdinand on the scoresheet against his former club.

Top Picks from LV BET
- Over 3.5 goals as leaders Barrow host struggling Wrexham
- In-form Notts County to win the first half against Eastleigh
- Hartlepool to seal their first back-to-back away wins since September
- Woking to score first and defeat Dagenham

New LVBet customers will get a £5 sportsbook welcome bet when they sign up. Claim the welcome offer here! (T&Cs apply)

 National League Statement Following a Board meeting held today, the National League has decided to allow matches in its three divisions to proceed as planned this weekend.

BT Sport to Broadcast Clash Between Two Play-Off Hopefuls  The National League can confirm a second live match has been chosen for live broadcast by BT Sport in April.