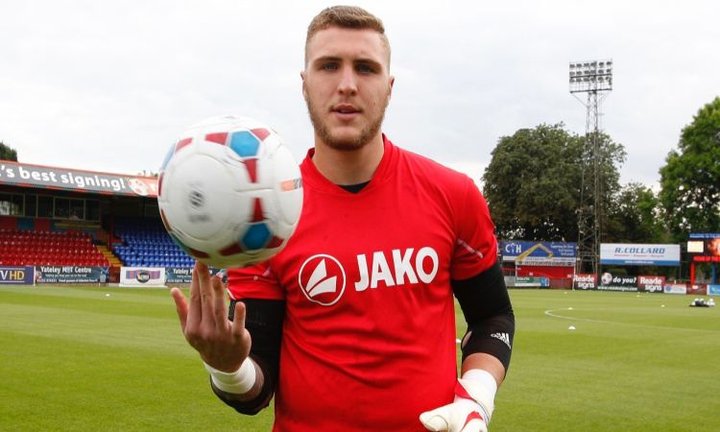 The Isleworth-born goalkeeper joined The Shots in August 2016 following his release from Brentford.

He was a member of The Bees’ first-team squad on several occasions in 2015/16 but spent the majority of the season on loan, with Lowestoft Town and in twenty-five appearances for Hampton & Richmond Borough.

Smith played a major role as The Beavers won the Ryman Premier championship.

Smith began his career at Queen’s Park Rangers and joined Brentford’s development squad in the summer of 2014.

Smith (pictured) has made two appearances for The Shots this season, and will now be eligible to play in the next four league games for Boro.

Meanwhile, it`s one keeper in – one out at Eastbourne as Bailey Vose has returned to parent club Brighton & Hove Albion, ending his loan spell since the start of the season.

Eastbourne boss Jamie Howell told his club`s official Pitchero website: "Thanks to Brighton for the loan, especially John Morling. He has been great for us this season making some important saves - and we hope he has enjoyed his spell at The Lane. We have been delighted to play a part in his development and wish him all the best in his future career".

 The National League Players Too Hot To Handle There's an abundance of talent across the Vanarama National League divisions so we've picked out five players that have been excelling this season.