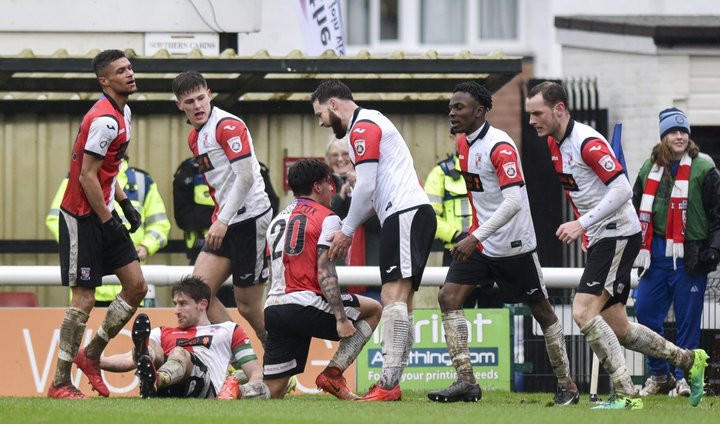 Anthony Limbrick remains confident his Woking side can escape trouble in the National League despite Easter Monday’s defeat at Torquay.

The Cards have lost seven of their last nine National League fixtures and the 2-1 reverse at Torquay was the latest disappointment for Limbrick and his team.

They have won just twice in the League since the end of November and have slowly slipped down the table towards the bottom four.

Limbrick’s men remain three points above the bottom four but have now played a game more than Solihull Moors and three more than Barrow.

On whether Woking are still confident of turning things around, Limbrick told the club’s website: “Yeah, I think we are. We’ll be positive, we’ll keep fighting and we won’t give up - from the players to the staff.

“We know the situation we’re in and know what’s expected of us but when we concede goals like we do, it puts us right on the back foot.

“You could see that the players put everything into it right until the end trying to get the equaliser but we’ve got to defend better.

“We need to cut out the mistakes we seem to be making - they’re costing us points. If we can cut those out, it gives us a platform to be more clinical in front of goal."

Owers: Torquay Have Done All They Can This Easter  Torquay United boss Gary Owers know they must continue a winning run but he couldn't have anymore from his side this Easter.