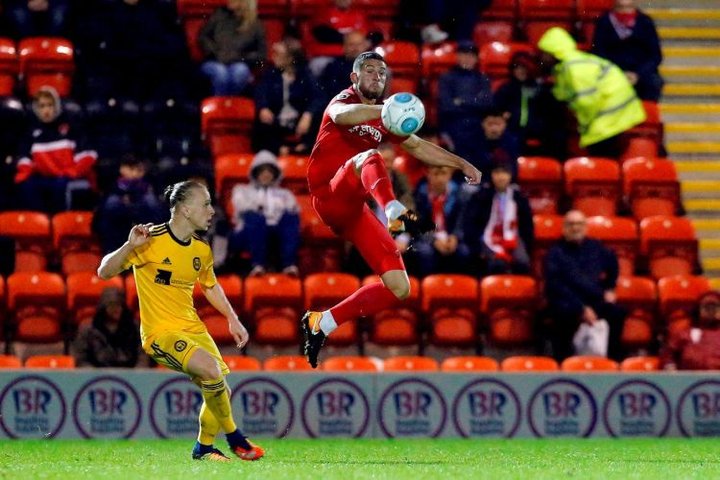 Leyton Orient have announced that defender Jamie Sendles-White has left the club by mutual consent.

The 23-year-old agreed a one-year deal at the Matchroom Stadium in August 2017 following a successful trial.

Born in Kingston-upon-Thames, Sendles-White signed his first professional contract with Queens Park Rangers in January 2012, having first joined the R’s as a 15-year-old.

The defender spent a period on loan at Colchester United at the start of the 2013/14 season, though failed to make an appearance at the Weston Homes Community Stadium.

Sendles-White then made his professional debut a year later on loan at Mansfield Town, and whilst with at the Stags, he made a total of eight appearances.

After departing QPR at the end of the 2014/15 season, Sendles-White then made the switch to Scotland and signed for Hamilton Academical.

He made a total of seven appearances during six months at New Douglas Park before agreeing to terminate his contract in January 2016.

A month later saw the Northern Ireland Youth international sign for Swindon Town, putting pen-to-paper on a deal until the end of the season.

Having impressed during the latter half of the 2015/16 campaign, the defender then agreed a new one-year deal with the Robins, although he missed the majority of last season after suffering a knee injury in September 2016.

Sendles-White made fifteen appearances during his time at the Matchroom Stadium, although his last was back in November 21st against Chester FC.

 England C Squad Announced For Wales Game On March 20th England C have announced their squad for the friendly international against Wales C at Jenner Park in Barry on Tuesday, 20th March.