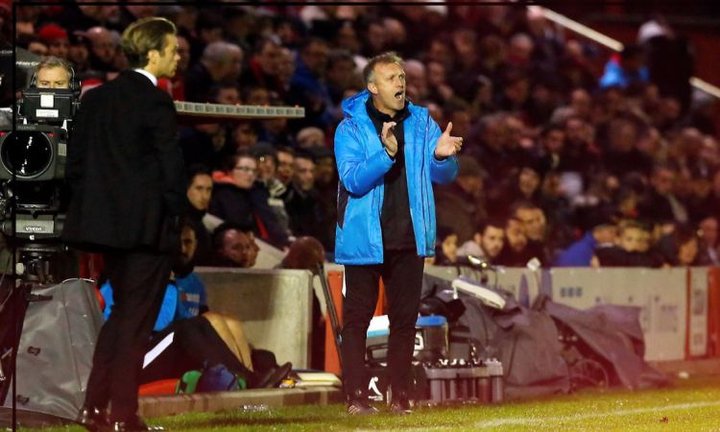 Leyton Orient have announced they have parted company with manager Steve Davis.

Davis was appointed head coach in July, but following Saturday’s 2-1 defeat at Ebbsfleet United and the club placed in nineteenth position, the 52-year-old departs the Matchroom Stadium with immediate effect.

Orient are winless in 11 games and it has been decided a change is needed to get their season back on track.

Ross Embleton and Dean Brill will take charge of first-team affairs on an interim basis.

Club chairman Nigel Travis told his club`s official website: “There is no doubt results haven’t been up to the required levels over the last two months.

"We showed a lot of promise in the early part of the season and unfortunately that hasn’t been sustained, so we felt it was time to make a change in order to give us the best chance of turning our fortunes around for the second half of the season.

“Steve came in to the club at a difficult time with a shortened pre-season and a complete squad and staff rebuilding process underway. He worked tirelessly and professionally, and we know from the players how much they enjoyed his training ground work.

“However, ultimately football is a results’ based business and whilst we knew this was going to be a challenging season, we did not expect to be so close to the bottom four at this stage.

“So, we thank Steve for his efforts and wish him well for the future. Our attention now turns towards ensuring that we find the right person to come in and improve our fortunes on the pitch”.

 Maxted: Guiseley Progression In FA Cup Would Mean A Lot Guiseley keeper Jonny Maxted knows from his family experience how much the Lions doing well in cup competitions means to all associated with the side.