Late Deals Done With The New Season All Set For Take-Off! 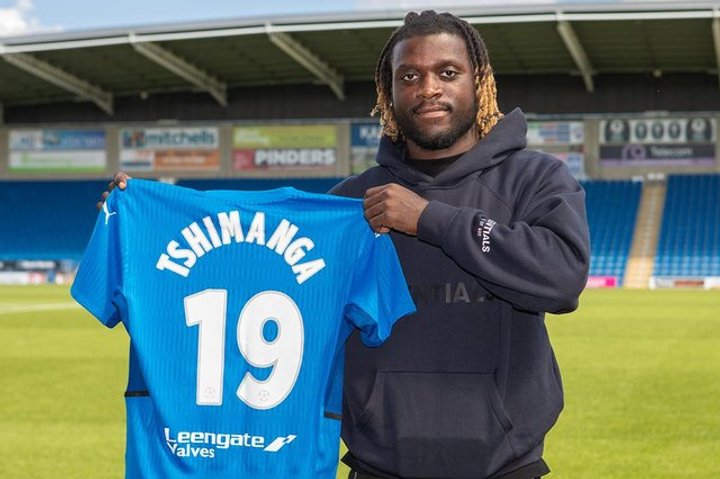 For many managers, they will get to see their summer signings in action for real this weekend.

The National League managers, of course, have to wait one more week but there’s no doubt the excitement is growing and growing.

As you would expect, there’s been some extra August additions - and a few statements of intent!

Chesterfield fans believe they have made one of the signings of the close season.

The Spireites have won the race for Boreham Wood striker Kabongo Tshimanga, pictured, on a three-year deal - and he instantly targeted promotion.

He said: “The club shouldn’t be at this level. It deserves to be back in the Football League and that’s got to be the aim.”

Paul Hurst made his 14th signing of the summer - Coventry City winger William Bapaga the latest to arrive after Alex Hunt joined from Sheffield Wednesday.

Wealdstone announced a raft of new signings on Thursday as they look for a bright start at home to Woking on opening day.

Midfielders Charlie Cooper, Medy Elito and Zach Dronfield will be Stones next season.

The Cards have got their hands on Jordan Maguire-Drew as Alan Dowson’s summer overhaul continues.

Gary Johnson was impressed enough by midfielder Gabby Rogers that he handed the trialist a contract.

The Torquay United manager has also linked up with his former Cheltenham Town forward Dan Holman.

Attacker Daniel Powell is the latest player through the door at Barnet, while Bristol City prospect Joe Low will get experience at Eastleigh.

George Alexander - the son of Millwall legend Gary - will wear the Bromley shirt next term, the club have announced.

Goalkeeper Jamie Emery has signed for Kidderminster Harriers ahead of Saturday’s opener at York.