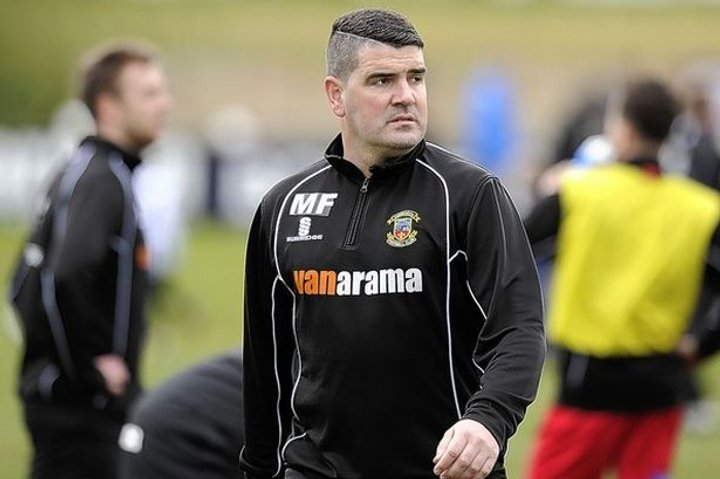 Stockport County manager Jim Gannon watched his side beat Bradford Park Avenue on Saturday before racing down the motorway to cast an eye over Monday’s opponents Tamworth.

And Lambs manager Mike Fowler hope he gave the County boss food for thought in the evening kick-off - and warned they are gunning for them at Edgeley Park!

Their 4-1 win over North Ferriby saw Tamworth win for the first time since New Year’s Day and it enhanced they National League North survival chances.

“We aren’t going to Stockport to try and draw,” he said after the game.

“If you sit back and wait for things to happen then more often than not you get punished.

“We are going there to try and win. We need the points as much as they do and we have got to be prepared to give it a go.”

It was a first win for nearly three months, the January 1 victory over Nuneaton.

“It’s been a long time coming,” Fowler said,. “It’s quite a few games now which we should have won but we haven’t.

“We have played some really good teams and not got what we deserved but we did against Ferriby - we played good football and I am delighted.

“From the first whistle we were on the front foot and we pressed the life out of them.

“Ferriby have only lost one in five and played some good side but we knew if we got the first goal and got on top of them early they might go, and that’s what happened.

“I like my teams to play with passion. If you see me on the sidelines you can see I’m like that myself and that’s what I want from my team.”

 Ross Back On The Right Road And Feeling At Home Quite often, when the hint drops from a manager suggesting a loan spell then more times than not it signals the beginning of the end.

Pools Told They Are Not Out Of Hot Water Quite Yet  In-form Hartlepool United have been warned: the club is nowhere near safe yet.