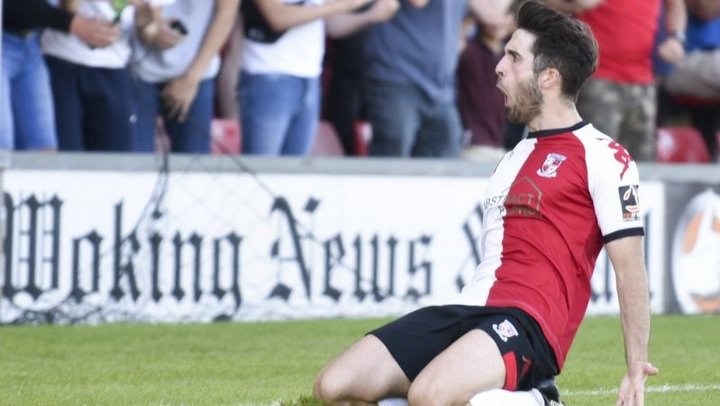 Woking have secured the services of one of their key players ahead of a return to the National League.

Max Kretzschmar has penned a new deal to keep him at the Laithwaite Community Stadium after scoring 15 goals last season.

The 25-year-old has been ever-present for the Cards since signing from Hampton & Richmond Borough last summer.

"I'm very pleased [to be back]," the midfielder told the club's website. "It's been a very eventful summer after getting promoted and now I'm hungry and raring to go next season.

"Getting to the third-round of the FA Cup and getting promoted is one hell of a season for a [National League] South team - but the season as a whole was fantastic and being a part of it meant a lot to me."

You can access a full list of Woking's fixtures for the 2019/20 National League season by clicking here.

 Elliott: North Will Be One Of The Toughest Ever Craig Elliott is expecting "one of the hardest leagues in non-league" next season for his Boston United side.