Kinnear Says Athletic Still Have It All To Play For 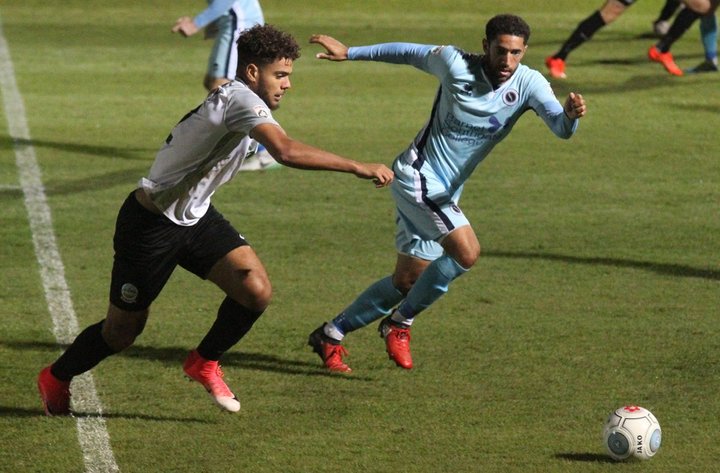 Dover Athletic boss Chris Kinnear knows what to expect from facing Sutton United and says it will be end to end, with both teams still looking at top spot as a realistic goal for the end of the season.

Last time out these two side fighting for a play-off or automatic promotion place drew 2-2, writes Tom Feaheny.

"It won't be an easy game, they nearly beat us last time, it was an end to end game," Kinnear told the club's website.

"It is a big game for both of us, we will both go to win it, but it is not the be all and end all, we both know that, but it is an importance match."

"We are trying to score goals, last time we lost in the Trophy 4-3 and on another day that would have been a replay.

"It is still a young side learning and we are doing just that and have plenty to play for.

"A good run for either one of us starting from that match and who knows what could happen."

 Two In - Two Out At Oxford City Oxford City manager Mark Jones has brought Frankie Musonda and Sam Nombe into his squad ahead of tomorrow`s game at home to Hemel Hempstead Town.

Minstermen Fully Focused Ahead Of Salford's Visit  York City boss Martin Gray is predicting a “fantastic” game between the Minstermen and Salford City on Saturday - for the neutral at least!