Kettle Makes His Move To Lambs A Permanent One 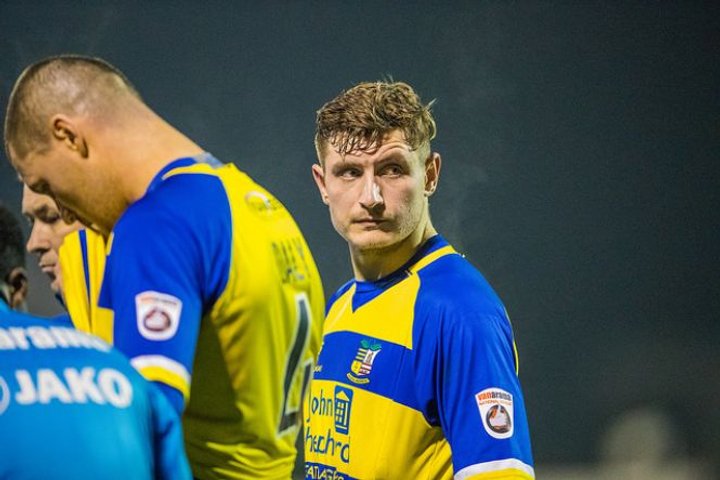 Following the expiry of his loan deal last week, Joel Kettle has joined Tamworth from National League side Solihull Moors on a permanent basis until the end of the season.

He moved to Rushall during the summer of 2016 after ending the previous campaign with NPL Premier rivals Sutton Coldfield Town.

He first came to prominence with Tividale during the 2009/10 campaign and later had a brief spell with Sutton Coldfield in January 2010, before returning to Tividale in time for the following season.

He eventually returned to Sutton Coldfield for a second spell during the summer of 2012 before transferring to Stourbridge in March 2014.

The summer of 2014 saw him move on to neighbours Halesowen Town for their NPL Premier debut campaign, but ultimately returned to Sutton Coldfield for a third spell in February 2015 and later signed contract terms with them for season 2015/16.

The centre-back, who has been an ever-present since joining The Lambs on loan just before Christmas, will now be available for Mike Fowler for the final eleven games of the season.

 Collier Sets Points Target For Chippenham To Avoid The Drop Chippenham Town boss Mark Collier insists his side have what it takes to stay in the Vanarama National League South, with four more wins his aim.