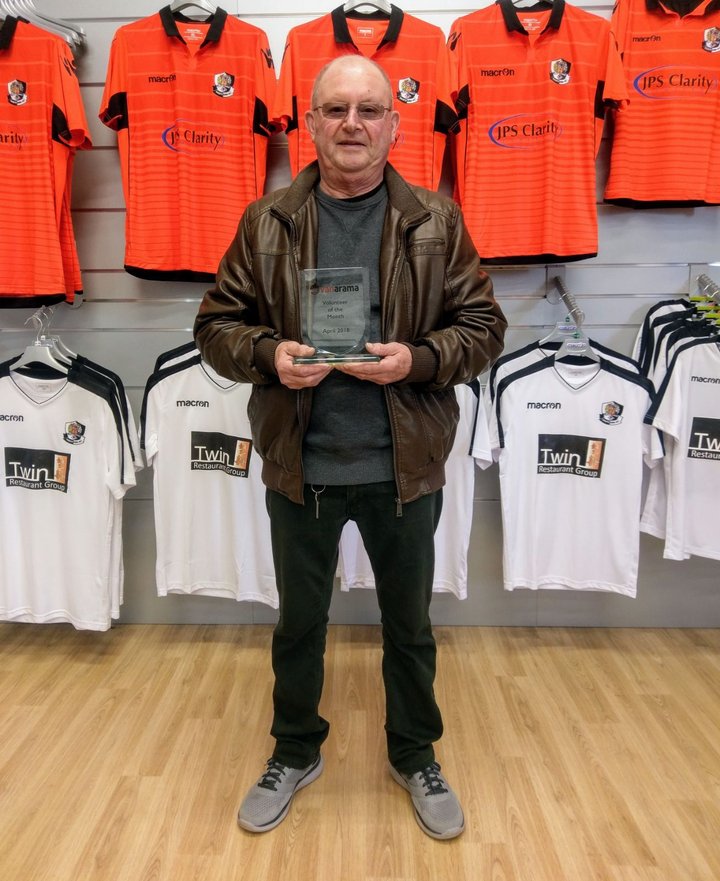 Ken Humphrey has won April’s Volunteer of the Month for the Vanarama National League South.

Ken has been associated with Dartford FC for many years and is a lifelong fan.

He does whatever he can to make a penny for the club, especially when the club lost its ground. This included making items using the club emblem and selling them from his car!

As Chairman of the supporters’ association, he organised regular quiz and race nights and car boot fairs – all to raise money to keep the club operating.

Ken has run the club shop for eleven years and is also the unofficial maintenance man at the ground, saving the club tens of thousands of pounds.

He is there every day in any weather, even buying things from his own pocket if they are needed, which is just another example of the way he’s helped to keep the club alive for over twenty years.

 Clarets' Super Scott Has Been Some Fen Special In April! There was really only one name that could have won April’s Vanarama National League South Player of the Month award.

Magic Man Matt Has Magpies Of Chorley Flying High Again!  Nine games inside a month is not easy, even when you have the best resources in football.