Keates Obtains One Of His Main Loan Targets 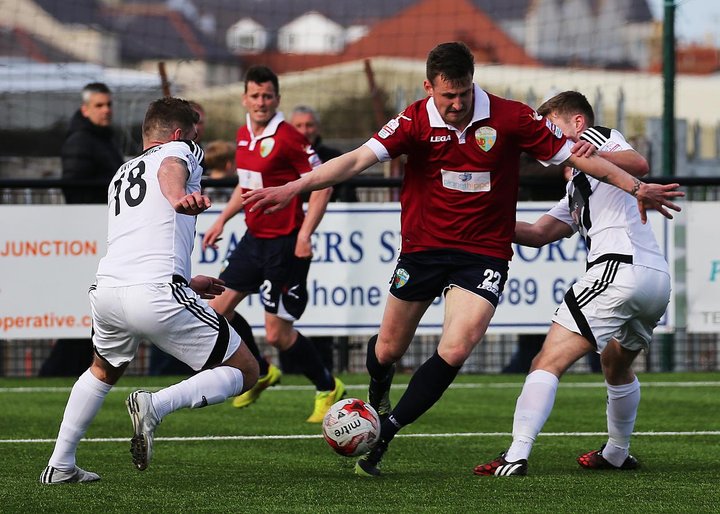 Wrexham manager Dean Keates has moved to bring in on a long loan one of his targets, with Scott Quigley joining from SkyBet League One side Blackpool for the rest of the season.

The Seasiders initially signed Quigley from JD Welsh Premier champions The New Saints for an initial fee of £35,000, potentially rising to £50,000, when he moved to Bloomfield Road last summer – a record sale for the selling club.

The 25-year-old forward agreed a two-year contract, with the Tangerines holding an option to extend the deal by a further twelve months.

Born in Shrewsbury, Quigley came through the ranks with TNS, being at the club for eight years including his time as a scholar.

As a youngster he also spent loan spells with Caersws, Carmarthen Town and Cefn Druids.

A winner of every major Welsh trophy during his time at Park Hall, Quigley found the net on 32 occasions for Oswestry-based club, including 8 times last season as The New Saints retained the Welsh Premier title for a sixth consecutive season.

While playing for TNS, he has also picked up considerable experience in UEFA Champions League qualifiers and scored 3 goals in the preliminary round of this season’s competition as the Saints edged past Gibraltarian side Europa FC, and also appeared against Croatian Champions, HNK Rijeka.

This season has appeared as a substitute on nine occasions in the league for Blackpool, plus starting five times in Checkatrade Trophy.

 Gone! Alfreton Part Company With Manager McDermott Alfreton Town have parted company with their manager John McDermott, it has been confirmed this afternoon.

Jack Now Wants Bognor Rocking In The Relegation Fight  Bognor Regis manager Jack Pearce thinks if his club can show the spirit they did against Leyton Orient on Saturday then they’ve got every chance of a second National League South season.