Just The Ticket! Now Wrexham Want To Be A Box Office Watch 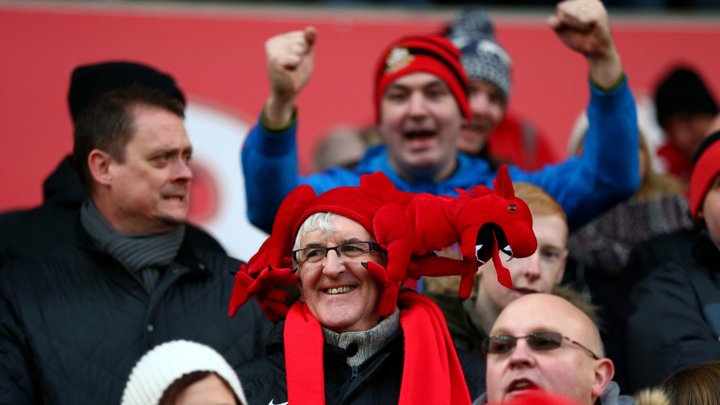 If anyone would have told Wrexham fans a year ago that the club were no longer selling season tickets in the build up to the new campaign, most would have feared the very worst.

Fast forward to their new Hollywood age and the reality is far less concerning.

Such is the interest driven by actor co-owners Ryan Reynolds and McElhenney’s arrival that some even camped out overnight to make sure they had a seat.

The club put a cap on 5,500 season tickets being made available as they began flying out of the door at an astonishing rate.

You will need to try your luck on the day if you aren’t a proud owner, and new manager Phil Parkinson has told us that there’s a lot for those fans to be excited about.

“I’ve already got to know people at the club, people who have worked here a number of years and have seen some tough times,” he told the National League Oliver Osborn on a Zoom chat ahead of the new season.

“My job - along with everyone behind the scenes, and of course the new owners - is to bring the good times back to Wrexham.

“It’s been tough financially. We aren’t the only club to have lived through those periods but obviously for a club of this stature, to have been out of the EFL for so long is not good for the area.

“People here want to feel proud of their club - the aim is to get back into the Football League.

“The new owners have come in and lifted everyone. Unfortunately they haven’t been able to come over yet because of Covid, but in terms of raising morale they have been fantastic.

“We have seen this with season tickets sold and they’re even selling out of shirts. There’s so much positivity within the town - our job is to now concentrate on what we’ve got to do every single game.”

Those fans won’t all be there as planned at the Racecourse on Saturday.

After a change of plan, Wrexham begin this weekend at Solihull Moors after a home game with Yeovil Town had to be shelved after Covid cases were reported within the Glovers’ camp.

Parkinson added: “I’m very excited for the new campaign, the majority of the squad are where we need them to be.

“We’re still a few players away from what’s needed but those who we have brought in have integrated really well.

“I’ve watched the games from last year, and I’ve learned a lot about the shape and the players who were there last year too.

“We only had ten or eleven players when I arrived and gradually we have managed to piece things together. It’s a blessing that the league has started later than others but we can’t wait to get going now.”

It’s Fan-Tastic To Be Back! Supporters Return For Big Kick-Off  The crowds poured into grounds again on Saturday as the National League North and South swung back into life after a long 179-day absence.