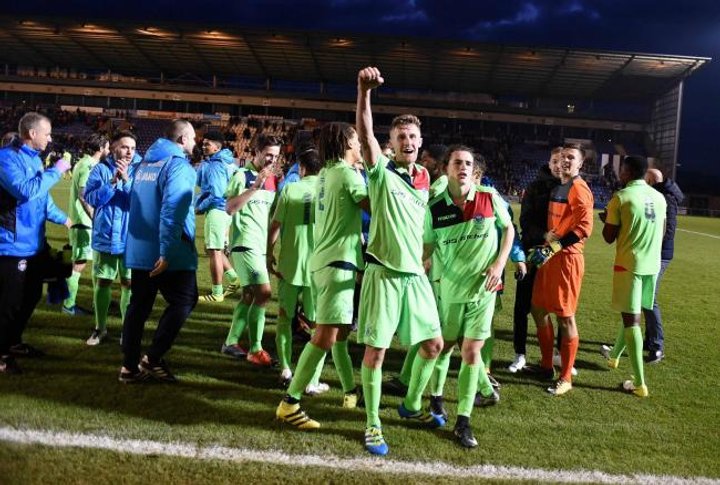 The biggest game in their 135 year history may, for some managers, carry the world’s weight on their shoulders.

But you won’t find Oxford City's Mark Jones discussing pressure. It just doesn’t exist for his team this weekend.

The Vanarama National League South strugglers have the game of their lives against Notts County on Saturday lunchtime. Live on BT Sport this FA Cup campaign has already eclipsed anything anyone at Court Place Farm had in mind.

Yet in the last round they went to League Two Colchester United hopelessly out of form and came home carrying the shock of the first round under their arms.

Tomorrow, they enter the pitch a team transformed - but Jones isn’t distracted by their own upturn in form. He is though a firm believer in what the competition can, and always seems to, produce.

“I don’t think I’ll be surprising anyone when I say we’re the underdogs again,” the manager says. “It goes without saying really, doesn’t it?

“But in football you always have to have belief. We’re no different, we had belief at Colchester and we will try and carry that with us.

“What we also had at Colchester was no pressure on us. Notts County with their history and tradition will be expected to get through to the next round.

“It’s our jobs to make it as difficult as as possibly can.”

No favours expected from Kevin Nolan, the Magpies manager, and no lack of professionIsm either to pounce upon.

Nolan said: “They’ll be on top of their game on Saturday, they’ll be ready and raring to go.

“Don’t worry, we’ve got DVDs, we’ve had them watched three or four times,” he revealed to the Nottingham Post. “We leave no stone unturned.

“We have people watched, we’ve got DVDs of previous games which we’ll put together to give the lads an insight into all the players individually, collectively, their strengths and weaknesses.

 FA Cup Tie Is A Useful Break For Maidstone Says Saunders Maidstone United's FA Cup second round tie at MK Dons has come at a good time reckons manager Jay Saunders, whose side is in a slight rut in the Vanarama National League.