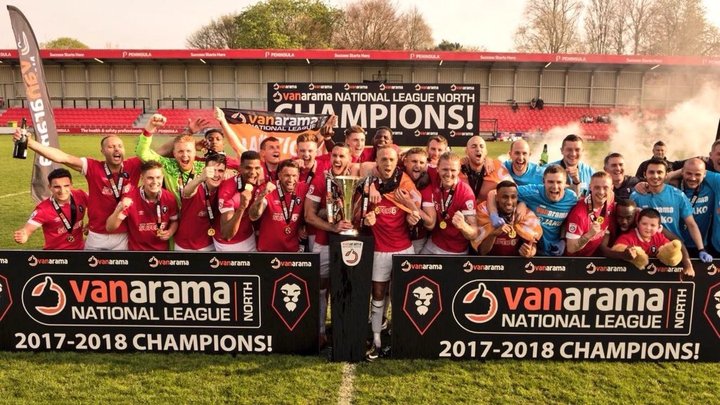 It’s not often a home defeat has been greeted with a joyous pitch invasion and wild celebrations.

Salford City went down 2-1 to Boston United on Saturday, but - thanks to something special elsewhere - they still got to savour a special moment in front of their own fans.

The Ammies are National League North champions and although they didn’t do it in the style they wanted, the cheers weren’t any quieter.

Thanks to Bradford Park Avenue’s shock win over second place Harrogate, what happened in greater Manchester was irrelevant. 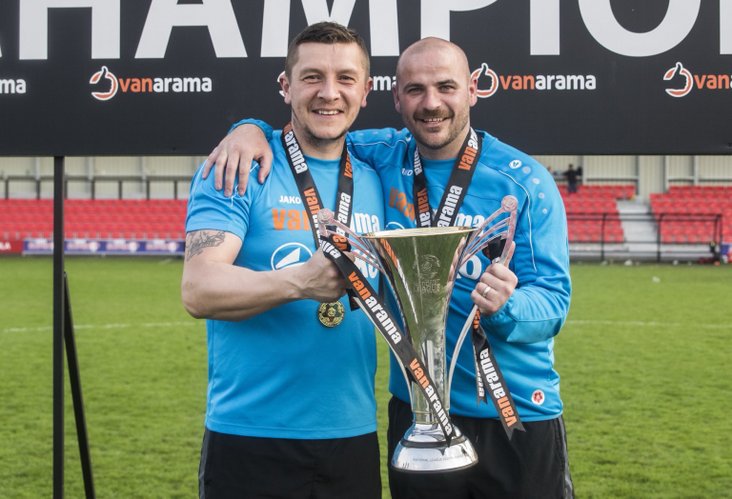 Salford were champions and their joint managers could enjoy a third promotion in four seasons.

“This league is the hardest it has ever been,” he told us.

“With the size of the clubs in this division we knew how difficult it would be. It’s very, very demanding.

“We have beaten Harrogate twice and although there has been a lot competition I think we have come out deserved winners. Week in, week out we have been at it. It’s unbelievable.

“Harrogate have been incredible challengers. They have reeled us in twice when we had a nine-point gap and they deserve a lot of credit. They have been brilliant. Had it not been for them challenging like they have been it wouldn’t have gone on for so long.”

Bernard Morley, Johnson’s partner-in-crime, added: “We have had a siege mentality right from day one.

“There have been a lot of questions asked about us but I think we have answered them.

“We have stuck to our guns and although it’s not been pretty at times we have crossed the line with one game to go.”

 Smith Salutes Big Bromley Comeback Neil Smith says the way his side got back into the game against Boreham Wood, is something that delighted him.