Johnson And Morley Make The Move To The Moors 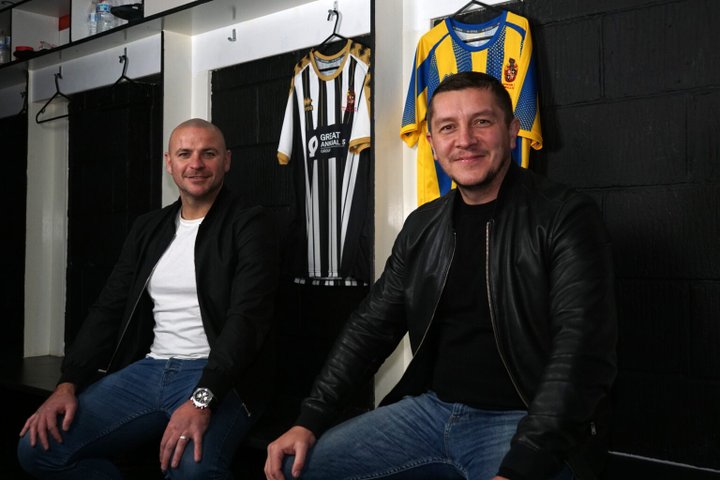 Anthony Johnson and Bernard Morley haven’t hung around - they are back in football with Spennymoor Town.

The management duo left Chester at the end of last month after three-and-half years at the helm.

Spennymoor have seized the chance after parting company with Tommy Miller last week.

Former Salford City join bosses Morley and Johnson will aim to get their new club firmly in the promotion mix.

Chief Executive Brad Groves knows the double act will be a great fit.

“We had incredible levels of interest in the role and some exceptional candidates applied. We are grateful and humbled by the interest,” he told the club’s website.

“When we met it was clear to all parties that they were the right people to deliver the change we are looking for.

“Their history of rapid progress and record-setting achievements fits with the culture of our whole group and I have no doubt their impact on the squad will be profound.

“We have all been spoiled at Spennymoor Town and this season is the first time we have struggled.

“Despite a poor run, we’re still within touching distance of the play-offs and a real boost is all we need to get our season back on track.

“Anyone who knows non-league football knows what to expect from Anthony and Bernard’s arrival and I think that speaks volumes of their achievements.”

He said: “I am long standing admirer of Anthony and Bernard and we have had many enjoyable exchanges over the years.

“This is a real coup for the club to bring them here and I know they feel the same way. I would like to wish them the best of luck for the rest of the season and beyond.”

They aren’t the only managerial appointment over the past few days - King’s Lynn Town have given their job to former Eastbourne Borough boss Tommy Widdrington.

 Trio Celebrate November National League North Accolades It was a month to really remember - so it’s high time we put awards into the hands of some very worthy recipients.