John-Lewis Aims To Be A High End National League Performer 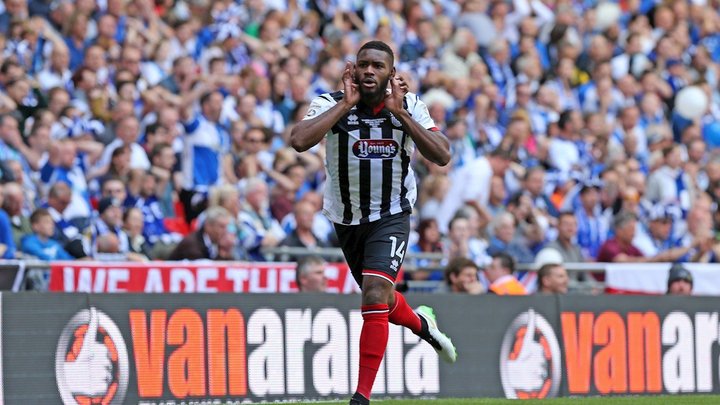 Nobody likes the feeling of missing out on a great party.

Not when you had it planned for so long, and not when it takes place at Wembley stadium.

Lenell John-Lewis worked for two years trying to get Grimsby Town back into the EFL.

After they missed out to Bristol Rovers in the Promotion Final of 2015 in front of the best part of 50,000 people, he was made an offer he needed to accept. 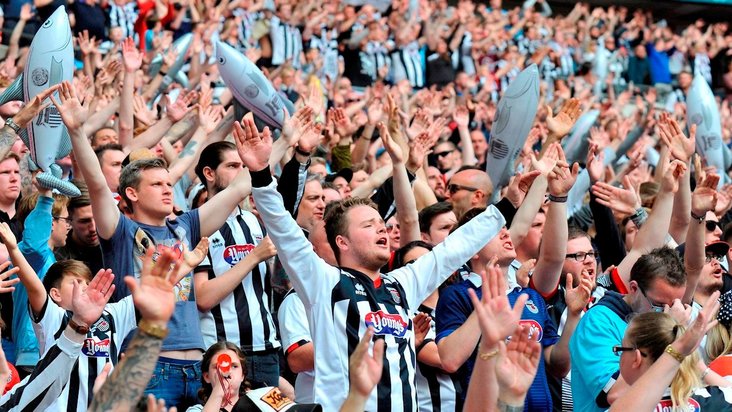 Signing for Newport County, the chance to return to the Football League couldn’t be sniffed at.

But he only made a handful of appearances - and 12 months later, Grimsby popped the champagne corks at the National Stadium.

There’s little point in looking back and wondering what if but returning to Blundell Park for a second time, there’s a natural urge for him to throw everything at it again.

He told us: “I just remember how great our fans were at Wembley in my last game before I left. 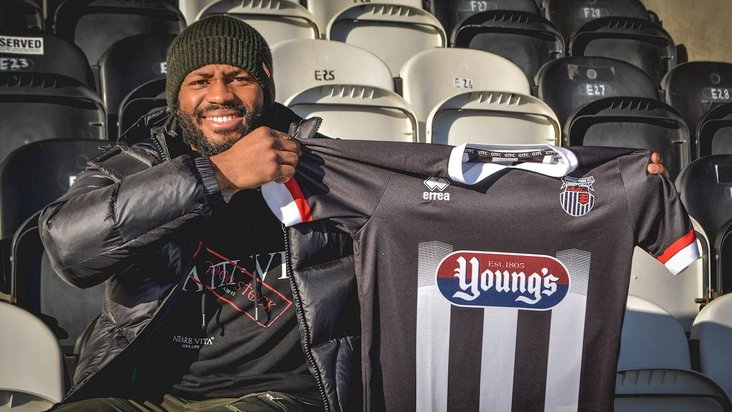 “It was a huge crowd that day and we were so unlucky.

“As we all know right now, losing on penalties isn’t easy - it’s a hard way to end the season.

“I was so glad the club got up a year later. Personally I had to take the chance to play in the Football League again. It was always a big ambition to get back there.

“Now I have got the ambition to get back there again, and this time to do it with Grimsby.” 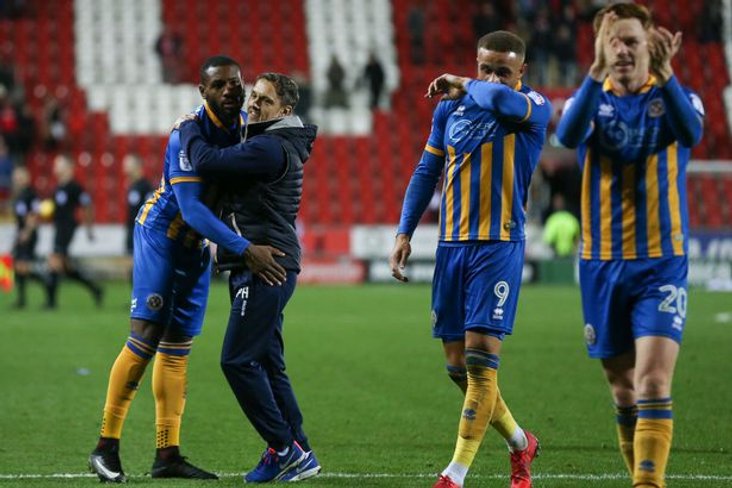 He could be forgiven for thinking it wouldn’t happen again.

Spending last season at Hereford in the National League North, the Mariners came calling in February when Covid stopped play.

Although the attacker’s energy made a big impact, he couldn’t stop the slide out of League Two.

But there is chemistry between manager Paul Hurst and the London-born frontman. 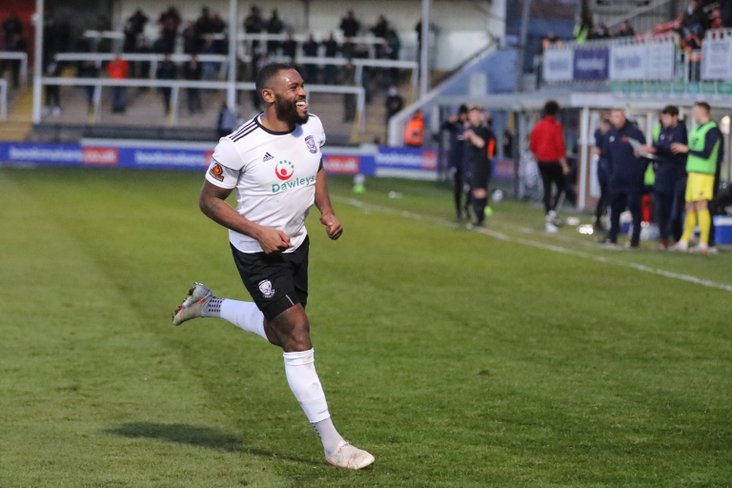 This is the third time he has signed him, having also brought him to Grimsby in 2013 and then to Shrewsbury Town four years later.

“We really enjoy working together,” said the player who started his career as a young up-and-comer and Grantham Town.

“We always seem to find a way back to each other! Why? Well for me it’s because I know what I am getting.

“It’s total honesty from him and from Chris Doig, his assistant. They instil a real work ethic. 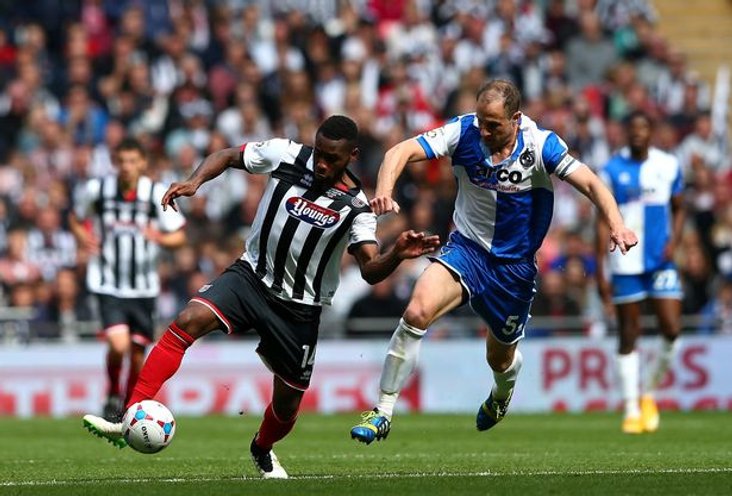 “It’s also that I have never played in a bad team under him. Even last season when the club unfortunately found themselves relegated, you just got the feeling that had one or two things been different, it wouldn’t have happened.

“When I came in with a few months to go you could see it wasn’t far away.

“It was just too many draws, so it wasn’t like we were losing match after match. But it’s not really about looking back.

“We couldn’t quite manage it, but what the time showed me is that the right people were steering the ship.” 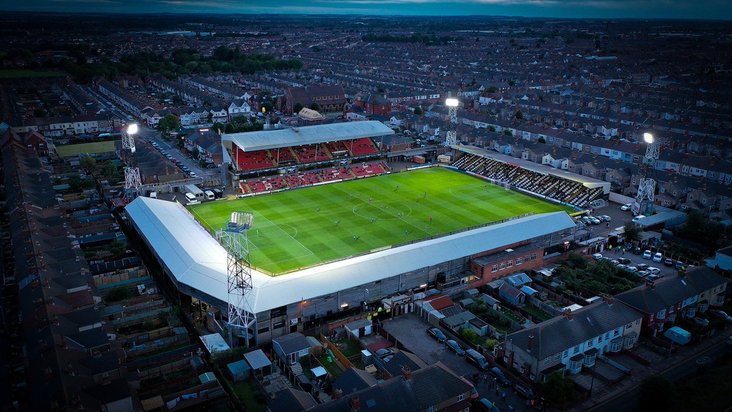 These are tough times for Grimsby fans, who feel some of the hard work done at Wembley in 2016 has been undone.

But back in the National League after five years away, new ownership gives those supporters hope of a greater connection with their club again.

Jason Stockwood and Andrew Pettit’s arrival may not have arrived soon enough to save them, but the forward knows a good thing when they see it.

“You already get the feeling that the club is being brought that bit closer together,” he adds. 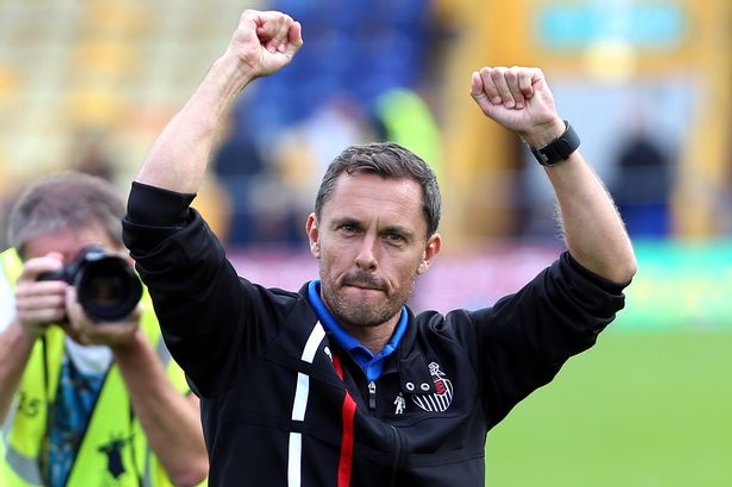 “The fans are crying out for a bit more connection - that community aspect is hopefully back and everyone is engaged again.

“That is so important and the new owners have come in and given the fans the positivity they need.

“It’s great to see and even though the club was relegated I think the general feeling is that things are in a better place and the future is bright.

“Nobody wanted to be relegated, we all want to see Grimsby in the Football League, but there’s some good things happening and hopefully we can get off to a really good start.” 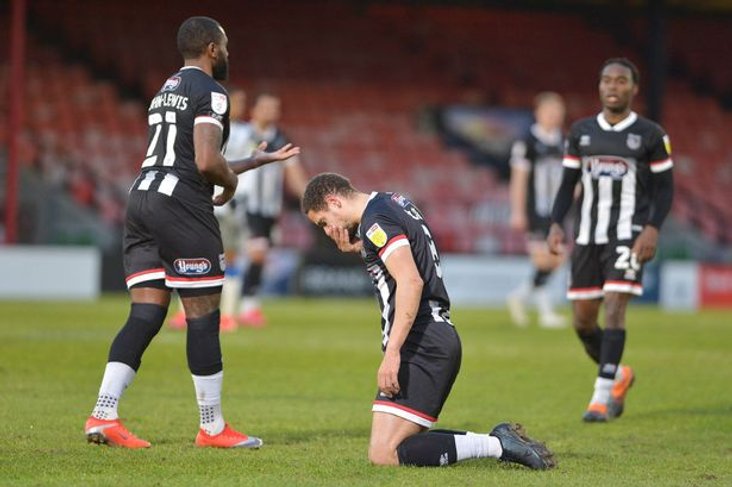 That would mean a win at Bromley, a game live on BT Sport on opening day.

“That’s the one big bonus about being in this division, the BT Sport coverage is fantastic and we’re delighted the game is live on the first weekend.

“We want to show what we’re about and show people we’re going to have a good year.

“We know it’s going to be a difficult season. In fact, when you look at the size of the clubs and the level of investment we have seen, it is going to one of the toughest years ever - if not the toughest.”

 Big Deals Done As Clubs Have Another Busy Week It’s been another busy week of transfers - but which side has impressed you most with their business?

Vanarama National League Review Of The Season: Part Three  It was a season like no other and in the final of our three-part season review, Tom Scott looks at the all important climax to a fantastic campaign.