Jansen Confident Magpies' Best Will Be Enough In Play-Offs 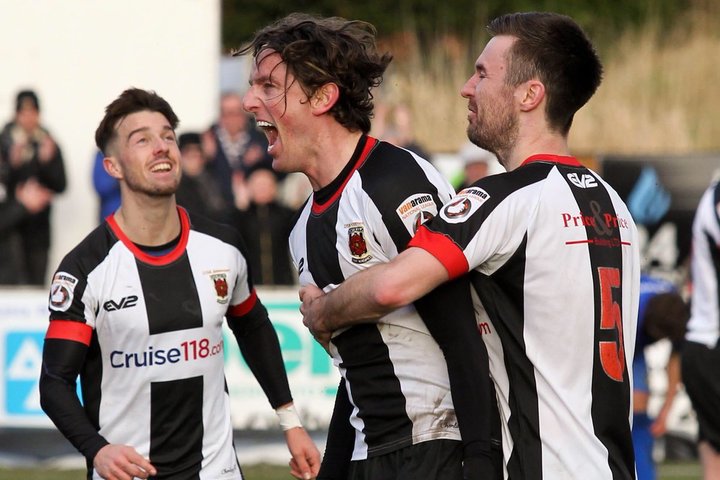 Matt Jansen expects his Chorley team to be at their best on Wednesday - and reckons that would be enough to progress.

The Magpies travel to Stockport County in the National League North play-off eliminator full of confidence.

Jansen’s side have won three in a row and six of their final eight regular-season games to secure sixth spot.

It will be a big game at Edgeley Park on Wednesday and Jansen is confident his side will make it through if they are at their peak.

After the final day victory over Alfreton, the boss told Chorley’s Audioboom channel: “I told them I want winners in my dressing room and in the second half, they showed they were winners.

“It shows how strong we are. We go into the game against Stockport full of confidence and will be aiming for a similar result.

“I expect 100 per cent performance from my team. If that’s good enough then great and I think it will be because we’re a fantastic team.

“If we apply ourselves like we have done all season, we’ll give anybody a game. The play-offs are a bit of a lottery but if we’re at it, we’ll give any a team a run for their money.”

 Ricketts Appointed As The New Manager At The Racecourse Vanarama National League club Wrexham have announced the appointment of Sam Ricketts as their new manager.