It’s Altrincham For Arnold As Winger Returns To Football 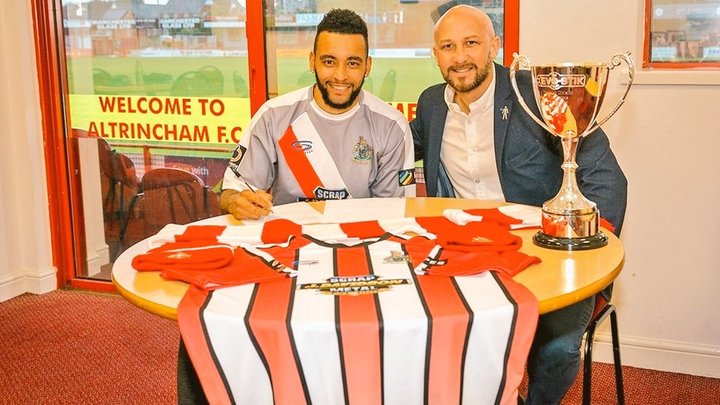 Nathan Arnold is hoping to bring his promotion know-how to Altrincham after they won the race for the winger.

The ex-Lincoln City and Cambridge United man has helped take no fewer than four clubs into the EFL.

He will want to add a National League North promotion with the Robins to his CV after announcing his return to the game after ten months out of football.

Phil Parkinson is delighted to deal the deal in what the club call a “spectacular signing”.

Arnold told us in May that he is lacing up his boots again because he has a point to prove.

“The past year has allowed me some much-needed respite and has rejuvenated me, which excites me when I think of what the future might hold,” he said.

“I feel I still have some great years ahead of me, and this feeling, alongside much encouragement from friends and family, has inspired me to make a return to football.
“My aim is to get back to the levels I know I'm capable of and fall in love with football again.

“I'm looking forward to playing again. I'm a professional. I'm a winner, and I've still got that instilled in me.

“It is the perfect time to resurrect my career. Time away from football has given me the opportunity to recharge, rejuvenate and adopt a new fresh perspective. I'm 31 with a huge amount of experience, knowledge and wisdom, and I'm very grateful for the lessons life's taught me.

“I have never been more determined to prove a point than I am right now. It isn't surprising to me that there's question marks surrounding me coming back and, maybe, surrounding my motivation levels, but this only motivates me even more to get back to the levels I know I'm capable of.

'People have doubted me my whole life. It isn't unfamiliar territory.”

 The National League Season Review Part Five: December Each week during the summer break we will be reviewing the season month-by-month. Let's whet the appetite for August with a look back at what happened in the December of last season in all three divisions.

All Change Between The Posts At Hemel  Sam Beasant is the latest player to sign up for Sammy Moore at Hemel Hempstead Town.