It's All Down To This! Title Chasers Gear Up For The Big Finale 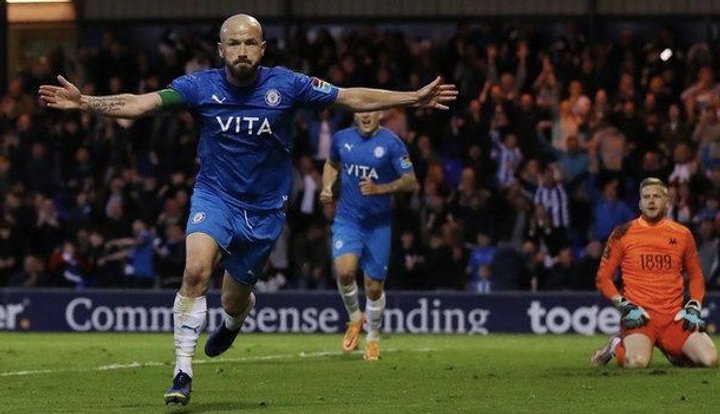 It’s been a title race that has gripped like no other for many years. Now we finally find out who will be grabbing hold of the silverware that seals that sought-after promotion.

The rivalry has at times seemed, well, unrivaled - a box office clash of the National League titans who have both been determined to put some dark days behind them.

But only one of Stockport County and Wrexham will take the championship and secure their long awaited EFL return. It all goes down to the final day.

County, out of the League since 2011, need just a point to complete their climb back, though it won’t be easy against a FC Halifax side who need the points for an important top-three finish.

Wrexham see Stockport’s 11-year exile and raise them a 14-year Non-League stay with just a couple of serious promotion pushes to offer a fan base that refused to lose faith.

Those heading to the capital know they must be ready to pounce if there is to be a slip-up, a final twist and turn in an absorbing race of two clubs re-energised and reborn.

But the Dragons know they also aren’t involved in a dead rubber and travel to Daryl McMahon’s Dagenham & Redbridge, who need a win to secure a play-off place.

The BT Sport cameras will be at Edgeley Park but every kick from East London will be in full focus.

"We've got a really big opportunity to make it a special day and a special season for us,” County manager Dave Challinor said ahead of the live game.

"We've had one opportunity to secure the title last weekend and it passed us by.

“We've got another opportunity this weekend and we've got to make sure we control us, regardless of what happens elsewhere.”

Wrexham manager Phil Parkinson didn’t expect his team to be in control of their own destiny this weekend.

“I expected Stockport to get a result and now we concentrate on Sunday - that's the big day," Parkinson said.

"In my heart of hearts I knew that the game Stockport would be more likely to lose is the Halifax one because Halifax have got a lot to play for themselves.

"Our aim was to take it to the last game of the season and that's what we've done.

"We've got to go down there and make sure we take care of our own business and hope Halifax can do us a great favour.”

Live coverage of what will be a tense and dramatic final day starts on BT Sport on Sunday at 2.30pm

York And Dorking Now 90 Minutes From Promotion  York City and Dorking Wanderers confirmed their Promotion Final places as the first half of the National League North and South semi-finals kicked-off a huge weekend.