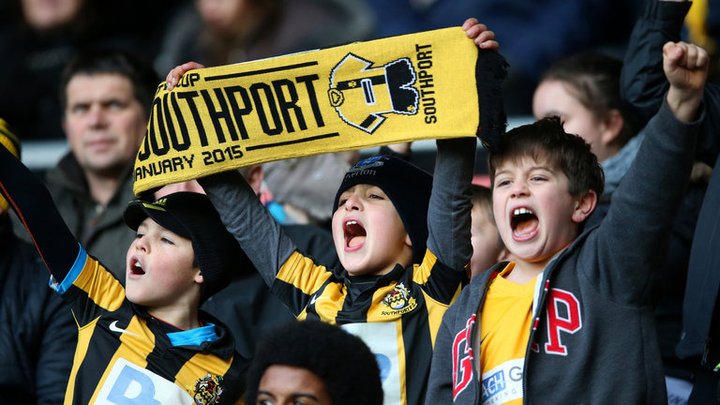 The Port and the National League Promotion Final winners go head-to-head - with the winner earning the right to host Tottenham Hotspur.

Whoever comes out on top is set to earn around £200,000 with the game against the Premier League club live on TV and a cheque for £53,000 in prize money for the second round game on offer.

But if you want to see the big match it’s already too late - all the tickets have gone!

Manager Liam Watson, the National League North manager of the month for November, says there’s no getting away from the size of the tie.

“We’re all really looking forward to it and showcasing the club on television,” he said.

“You can’t get away from what’s on offer but we know Tranmere Rovers are an excellent side.

“We just hope home advantage works in our favour and the fans get right behind us.”

 Brave Chorley Fight Back To Return To The Top Of The Table Chorley manager Jamie Vermiglio says Saturday’s second half show of strength proves his team have title fight.