It's A Boyes Own Story For Adam And Park Avenue! 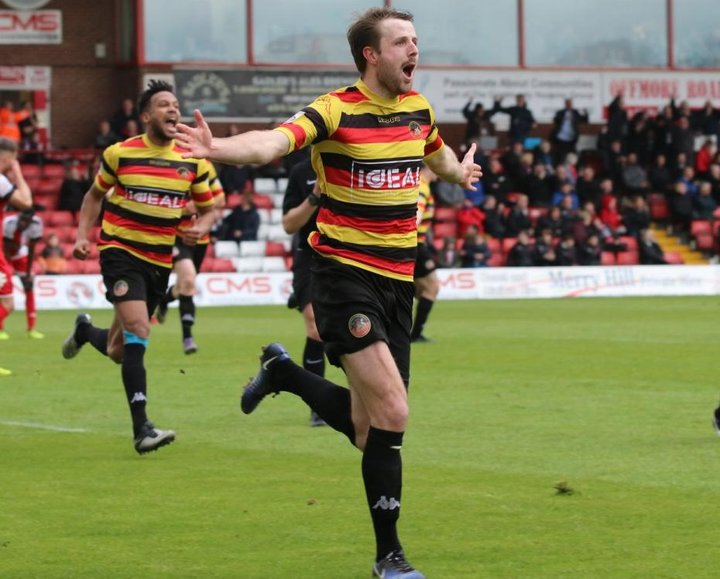 Bradford Park Avenue knew they needed to produce something very special to make it into the National League North play-offs.

Well, they did just that. Despite starting April with defeat at Chorley, Avenue won their final five games to finish in seventh.

No doubt boss Mark Bower will give his whole team credit but striker Adam Boyes has been instrumental.

He got things going, scoring the winner against Leamington before netting a double - including a last-minute winner - to beat Boston United.

The experienced former York City, Barrow and Guiseley forward then grabbed another brace in the 3-1 home victory over title-chasing Harrogate Town.

But he saved his best until last. Needing a win on the final day at Kidderminster to break into the top-seven, Boyes popped up at just the right time.

The predatory striker was on hand to poke into an empty net in the 93rd minute to send Avenue into the play-offs.

Unfortunately, Adam was not able to receive the award this week.

Striker Andy Has Been Cooking Up A Treat For Tranmere!  If Tranmere Rovers are to succeed in the play-offs, they’ll need an in-form Andy Cook. So it’s good news for Rovers that their star striker is red hot at the moment.