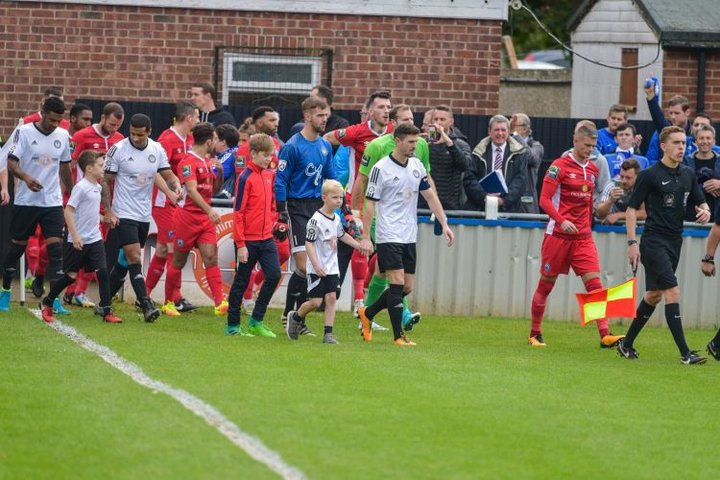 A host of objectives have been announced by Hungerford Town in a bid to expand the club’s overall exposure, increase revenue and help strengthen the quality non-League action the club brings to the town.

The main goal of increased attendance has been partly successful this season, but numbers often hover below the 400-mark. This has been helped by offers to Swindon Town and Reading season ticket holders getting in for half price, but more still needs to be done.

It is also believed that the club is missing a trick with its lack of official merchandise and programme promotion, but plans to offer various items such as home replica shirts, bobble hats and ceramic mugs are in the pipeline.

“We generally want to improve our exposure in local areas,” said the club`s treasurer Nigel Warrick. “Perception of the club is poor unless people are involved in non-league football themselves.

“Of course, we need the gate numbers to succeed,” he said.

A partnership with The Five Bells Pub has also been announced. The Wickham-based pub and brewery plans on producing a club-themed ale available for purchase both at the club bar and even potential offsite sale. Wine and soft drinks would also be sold alongside for non-ale drinkers.

The drink will be launched on the 21st of November, so fans will be able to enjoy this new product before Christmas rolls around.

“Crusaders Ale is brewed with English Fuggles and Challenger hops to give a dry bitterness balanced by the biscuity flavour of Cristal and Amber malts,” said pub and brewery owner Mark Genders.

He also said the drink was “passionately brewed using water from the borehole in our purpose-built brewery at the Five Bells, Wickham, five miles from Hungerford”.

Vital Tuesday Night Wins For Brackley & FC United  There were two matches in the Vanarama National League North on Tuesday night – both with significance at either end of the table.