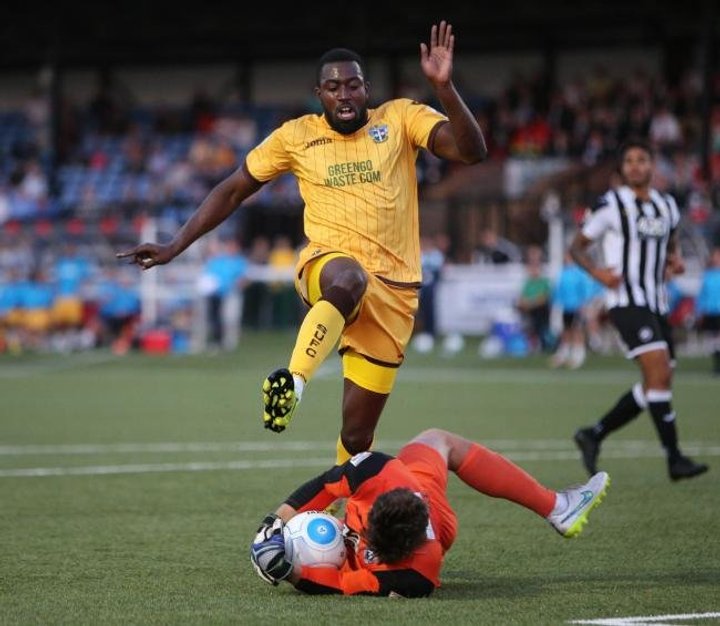 Following his release by Sutton United this morning, Bradley Hudson-Odoi has re-signed for Hampton & Richmond Borough.

Hudson-Odoi will be joining the Beavers permanently after his contract with Sutton was cancelled, and he will be eligible to go into the squad for tomorrow's game against Bognor Regis Town.

Hudson-Odoi signed for Sutton in May 2016 from Wealdstone, where he had just been voted player of the season after scoring 15 league and cup goals.

Previously with Hereford United, Grays Athletic and Metropolitan Police, he appeared for Ghana in the 2007 Toulon Under-20 tournament and had a spell on loan at Maidstone United last season but missed the last two months of the season due to an Achilles injury.

When on loan with the Beavers earlier in the season, Hudson-Odoi scored 6 goals in fourteen appearances and will no doubt be looking to continue in that kind of form to help the club's play-off push.

 Pools Preparation Not Helped As Stand-In Team Cut In Half Hartlepool United will be flying solo on the sidelines tomorrow - one of their caretaker manager has had to take a leave of absence.