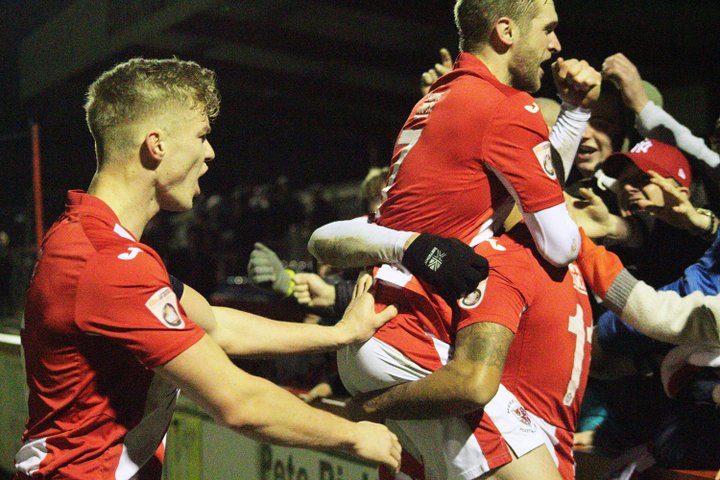 Every successful season is built on a formidable home record - it’s a given if you want to be challenging for silverware.

It’s no surprise to see the top teams boast impressive form on their own turf but we’ve crunched the numbers to find out the best - and worst - home records in the National League North.

If the table was based solely on home results, how exactly would it look? Let’s find out…

Salford City and Harrogate Town have both been brilliant at home and it’s been one of the big reasons they also hold the top two spots in the full league table. The Ammies have won ten of their 14 home games - a 72 per cent winning percentage - and have picked up the most points at home.

Kidderminster sit in third and the attack-minded Harriers have scored 33 times in their 13 fixtures at Aggborough. Brackley Town, however, could well end the season with the best overall home record. They are still unbeaten at home and have conceded just eight times in 12 games.

Stockport County may be six points adrift of the play-off places now but it’s not their home form that has cost them. They have been very strong at Edgeley Park. In at number six, despite being in a relegation battle, are FC United of Manchester. The Red Rebels would be in a tough spot right now without the eight home victories they’ve chalked up.

You would not expect Bradford Park Avenue to be on this part of our list. Avenue have fallen out of the play-off places in recent weeks and it’s clear to see why.

Alfreton Town have climbed away from trouble following the recent appointment of Chris Moyses and if they can improve their home results, they should be fine. Gainsborough Trinity, meanwhile, have been on a miserable run as of late and will need to pick up more points at the Northolme if they are to survive.

Leamington and AFC Telford United will both know they have underperformed on their own turf this season. The Brakes host relegation rivals Darlington on Saturday - a big fixture. Telford have a relatively young side so their home results will be key.

Bottom of our list are North Ferriby United. The Villagers are yet to taste victory at the Eon Visual Media Stadium, scoring just six times in 14 games. You have to feel for the supporters who have witnessed their team pick up just three points on home soil all season.

Photo by Will Grantham

Crusaders Make A Plea For Some Fresh Investment  Hungerford Town have confirmed that they are on the lookout for fresh investment with Nigel Warrick announcing he will take a back seat at the end of the season.