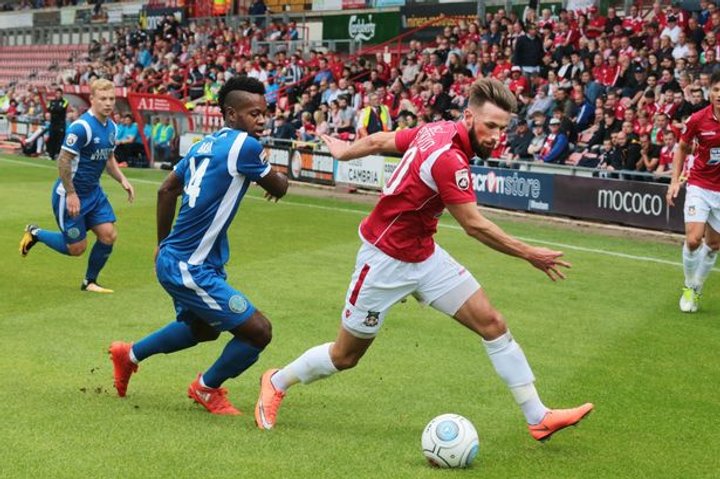 Chris Holroyd feels luck for both himself and his club Wrexham could finally be on the turn.

The striker hasn't been able to score the number of goals he would have wanted so far after his summer switch from Macclesfield Town.

In fact, finding the net has been the Red Dragons' main problem this season. Before last weekend they had only managed to score 11 goals in 15 games.

Manager Dean Keates knows that is far from enough but they added two more to their tally after coming from behind to defeat Eastleigh on Saturday. Watch Match Highlights Here.

Holroyd got the winner and admitted it the last touch didn't come from his boot but he hopes that's a sign fortune is now perhaps going their way.

"It was a massive win we really needed that," the forward said. "It pushes us right up the table at a good time ahead of the FA Cup break.

"We've not scored as many as we would have liked this season but we have been creating chances. The last three or four game we have come so close but little things haven't been going for us.

"But it was nice to get that little bit of luck when it mattered with a deflection going for us for my winner. We'll certainly take that and I will too!

"Now we need to get through a really difficult FA Cup draw and keep the confidence going."

 Roles Reversed As Sutton Look To Avoid Cup Upset Sutton United are back on the FA Cup trail but on Saturday they'll be playing the role of Goliath for once.

Nunn's The Wiser For An FA Cup Run  Dagenham and Redbridge defender Ben Nunn knows what it's like to have an FA Cup run and is hoping for another - but Leyton Orient stand in their way.