Hodges Urges His White Tigers To Get Back On The Prowl 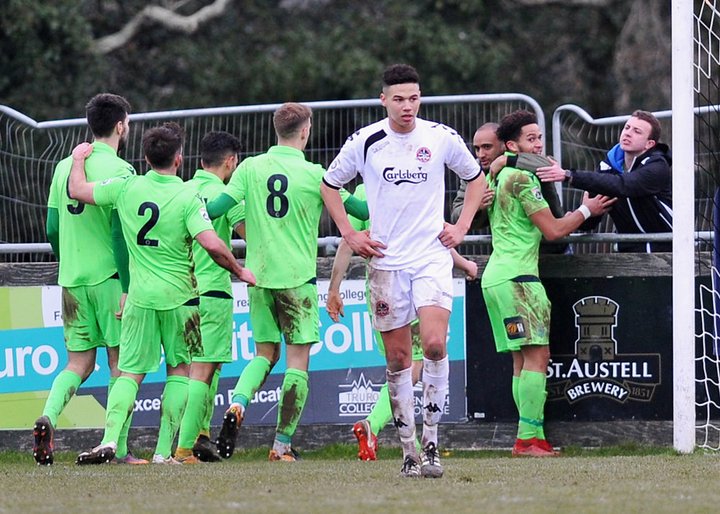 Lee Hodges has urged his Truro City side to not let their season peter out following back-to-back home defeats.

The White Tigers are still in the promotion shake-up and sit seventh in the National League South.

They travel to leaders Dartford on Saturday on the back of defeats to Wealdstone and Oxford City at Treyew Road.

Hodges' side led both games at half-time and he is now trying to rally his troops ahead of Saturday’s big game in Kent.

“We have to go back to basics and need to stay together as a group and as a club,” Hodges told the club’s website.

“What we don’t want is to let all of our hard work so far this season go to waste. We’re still very much in it and now have to be ready to go again.

“I went away and analysed what went wrong; we’re all hurting but we’ll be ready for the challenge that Dartford will present to us in our next game.

“Obviously Dartford are a very good side. The League table doesn’t lie at this stage of the season, but we will go there and give it everything we’ve got."

 Wilkin Taking Nothing For Granted Ahead Of Stockport Trip Brackley Town boss Kevin Wilkin was full of praise for his side as they get ready for the away tie against Stockport County in the fourth round of the FA Trophy.

Bignot Wants To See The Job At Chester Through  Chester manager Marcus Bignot says he is very much committed to the cause - regardless of if the club are playing in the National League or National League North next season.